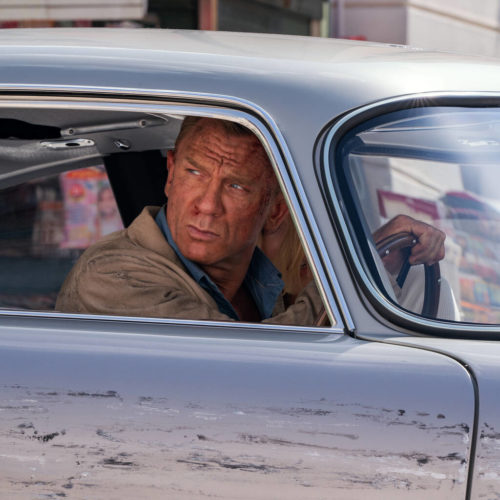 No Time to Die

Verdict: No Time to Die is a fitting, action-packed, and emotional send-off for Daniel Craig and a reminder that you can't beat the cinema experience

Daniel Craig finally returns as James Bond for his fifth and final outing in the spy franchise.

After multiple delays as a result of the coronavirus pandemic, No Time to Die finally comes to cinemas, giving us the final chapter in Daniel Craig’s era as James Bond.

No Time to Die, directed by Cary Joji Fukunaga, begins with Bond (Craig) living a quiet life in Jamaica, having left active service. However, his peace is short-lived as his old CIA friend Felix Leiter (Jeffrey Wright) soon shows up asking him for help, leading Bond on the hunt for a mysterious villain named Safin (Rami Malek), who is armed with a very dangerous biological weapon.

The movie isn’t the strongest instalment out of Craig’s five outings, but it is a solid movie that ticks all the boxes you would expect from a Bond film, news which is likely to please diehard fans and provoke a groan from others who may feel disappointed to learn that the film just sticks to the classic tried-and-tested Bond formula and rarely tries anything new.

However, No Time to Die is more emotional than other instalments – and rightly so, given that it’s Craig’s final outing – and also has more quips and jokes than expected, which could be thanks to co-writer Phoebe Waller-Bridge’s input.

At two hours and 43 minutes, the movie is epic in length and definitely could have been shorter, but surprisingly, the runtime flew by and didn’t actually feel that long while watching.

The story takes a while to get going as there are a lot of plot threads to set up and characters to introduce but it steps up a gear once that’s all established. The storyline is interesting enough but it is also more bloated and complex than it needed to be.

It wouldn’t be Bond without the action sequences and there are some very cool car chases and stunt setpieces, although the gunfights do get rather boring to watch after a while. The film is shot in stunning locations such as Italy and Norway, and the cinematography is really beautiful in some places.

No Time to Die is centred around Bond’s relationship with Madeleine Swann (Lea Seydoux) and their lead performances deliver the goods. Although their chemistry isn’t too convincing, their emotionally charged turns were impressive and may leave some viewers in tears. In this film, Craig’s Bond is at his most vulnerable and emotional and also seems very tired and world-weary, like he’s over the agent life.

The other standout cast member was Ana de Armas, who stole all her scenes as CIA agent Paloma. She is criminally underused and deserved far more screentime. Elsewhere, Lashana Lynch held her own as new MI6 agent Nomi and it’ll be interesting to see where the character goes next, and it’s always a joy to watch Ben Whishaw as Q.

The only real letdown was Malek as the primary villain. Safin was weird and creepy but not particularly threatening, making him a relatively weak nemesis compared to the likes of Spectre’s Blofeld and Skyfall’s Raoul Silva.

Although it has some flaws and isn’t a complete success, No Time to Die is a fitting and deserving send-off for Craig and reminder that the cinematic experience can never be matched.