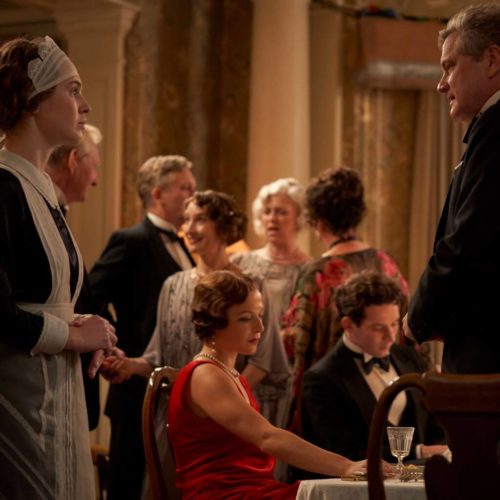 Verdict: This romantic period drama has impressive performances and tells a tragic story - it's just a shame the disjointed narrative stops you from feeling anything.

Odessa Young and Josh O’Connor play a maid and a wealthy man who embark on an affair in this romantic period drama.

The story of star-crossed lovers never gets old – and it is being told once again in Mothering Sunday.

In this version, an adaptation of the Graham Swift novel, the narrative follows orphaned maid Jane Fairchild (Odessa Young), who works for Godfrey and Clarrie Niven (Colin Firth and Olivia Colman) and is having an affair with their friends’ son, Paul Sheringham (Josh O’Connor).

The film revolves around Mother’s Day in 1924, when Jane goes to Paul’s mansion for an afternoon of passion while the Nivens are having a picnic with the Sheringhams, an event Paul is supposed to attend.

But the story also incorporates other periods of time in Jane’s life – flashing back to how she met Paul and flashing forward to show her in a relationship with Donald (Sope Dirisu) in the 1940s and as a writer (played by Glenda Jackson) in the modern-day.

The film would have felt quite flat and boring if director Eva Husson had stuck to a chronological order so jumping around narratively makes sense, as it added intrigue and slowly gives us more details about the characters.

However, Husson went overboard with this structure and the story jumps all over the place – the scenes within the three major timeframes aren’t even assembled in chronological order, so you don’t know where you are or how the scene you’re watching fits in with what you’ve already seen.

The jumps between time periods aren’t earmarked onscreen either so you just have to figure it out. It gets easier as it goes along but it is rather confusing, distracting, and disorientating.

Because this narrative device takes you out of the story so much, it’s hard to have an emotional connection with it, which is a shame because it actually tells a really sad story.

On a positive note, the performances are impressive across the board. Young and O’Connor have fantastic chemistry as the understated but captivating Jane and charming Paul.

Dirisu comes across well but his character is rather flimsy and it’s disappointing that we didn’t get to know him better.

Firth and Colman don’t have much screen time but they make a big impact with the scenes they have. As bereaved parents, Clarrie is overwhelmed by grief and seems glazed over and not remotely present and Godfrey overcompensates by trying to be cheerful and upbeat.

They get small moments to break out of these modes and those are the most memorable and heartbreaking scenes in the film.

This romantic period drama has impressive performances and tells a tragic story – it’s just a shame the disjointed narrative stops you from feeling anything.