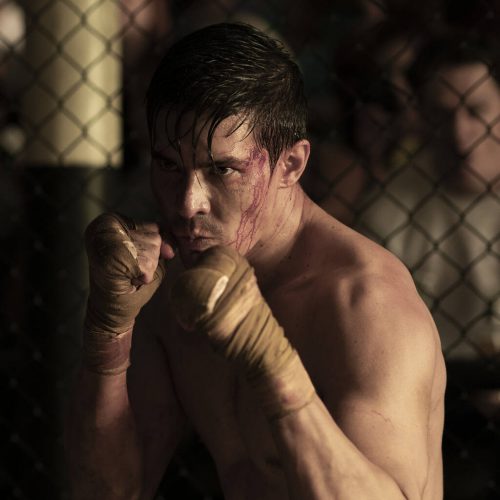 Following the success of the video game when it launched in the early ’90s, Hollywood got straight in on the action and released the first Mortal Kombat movie in 1995, followed by a sequel in 1997.

However, due to the sequel’s poor box office performance and critical reception, further instalments were shelved, but it didn’t take too long for a reboot to go into development, and after many years, that feature has finally arrived.

For the uninitiated, here’s what you need to know – Outworld has defeated Earthrealm in nine out of ten tournaments known as Mortal Kombat. One more victory and Outworld will gain control over Earth forever and its leader, soul-eating sorcerer Shang Tsung (Chin Han), will enslave the entire human race.

To make sure he wins, Tsung sends one of his warriors, Sub-Zero (Joe Taslim), to kill all of Earth’s champions, who bear the dragon mark and are destined to fight for the fate of the planet.

Sub-Zero tracks down former professional MMA fighter Cole Young (Lewis Tan), but he’s rescued by fellow champion Jax Briggs (Mehcad Brooks) and his partner Sonya Blade (Jessica McNamee) and they take him to Lord Raiden’s temple, where they can train to fight in the tournament with other champions including Kano (Josh Lawson), Liu Kang (Ludi Lin), and Kung Lao (Max Huang).

The original video game caused controversy for its use of extreme violence and director Simon McQuoid has honoured that with his film – it is bloody, gory, and certainly not for the squeamish. Consider yourself warned!

The stunt choreography seemed exciting at first and there were some cool-looking moments in the first half, but towards the end, it is essentially one relentless sequence of fights and they all merge into one. The scenes set in Raiden’s temple and Outworld look so unrealistic because it is obvious they were all shot in a studio with a green screen.

Tan, the lead of the movie and the audience’s eyes into this world, is incredibly bland, as are Lin and Huang.

McNamee and Brooks have a smidge more individuality to them, while Lawson has so much personality – presumably to make up for the lack of it elsewhere – that he’s rather annoying. He is a loud, rude, and offensive Australian mercenary, but he’s the only one who’s given entertaining and witty dialogue, so he basically stole every scene.

Thanks to its B-movie vibe, Mortal Kombat feels like a cheap cash-in that will only please fans of the video game franchise. If you’re after a mindless action flick, this certainly delivers on that front, but don’t expect much else.