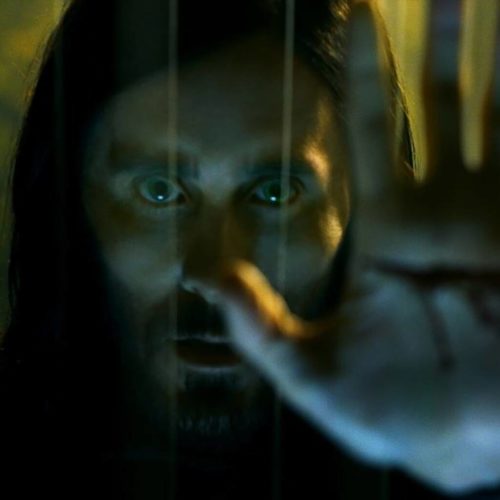 Verdict: Morbius is dull, uninspired and generic and it's so obvious that it exists just to set up the next movie

Jared Leto plays a scientist who becomes a vampire after he takes an experimental serum in Sony’s latest comic book movie.

Morbius has been delayed so many times from its original date of July 2020, many thought this day would never come – it has finally been released!

Sony’s latest comic book adaptation, taken from the Spider-Man universe it owns, stars Jared Leto as Dr. Michael Morbius, a gifted scientist who has suffered from a rare blood disorder his entire life.

He has been working to find a cure for years, and when we meet him as an adult, he has just turned down the Nobel Prize for developing life-saving synthetic blood.

One day, he tries mixing bat and human DNA and takes the experimental serum.

While it gives him superhuman strength and speed, it has the added side-effect of making him a vampire – one that needs to drink blood regularly to survive.

Thankfully, Morbius is able to sustain himself on his artificial blue blood, but his childhood friend Milo (Matt Smith) – who has the same disease and takes the serum without permission – will only settle for human prey.

There are many things wrong with Morbius, but the biggest problem is how obvious it is that it solely exists for the sake of setting up a sequel.

While this is a common practice nowadays, particularly in comic book adaptations, the lack of care with Morbius is apparent.

Studio execs have done the absolute minimum with it – it’s dull, uninspired and generic – because they so obviously want to set up what’s most likely the Sinister Six team-up movie (which has been rumoured for years).

But they didn’t stop to think that they should make each character’s standalone film decent to make everybody invested in the team effort.

Plus, how are we supposed to care about a supervillain movie when they’re not strictly villains? In Morbius’ case, he’s the lesser of two evils and the main antagonist is Milo so the scientist ends up saving the day.

Morbius feels like a superhero film that should have come out in the days before 2008’s Iron Man and the subsequent MCU films changed the landscape forever.

They proved how good these films could be and set the bar so high other studios have failed to replicate them.

Outside of the Spider-Man films, which are made in collaboration with Marvel Studios, Sony’s recent comic book movie output hasn’t been particularly strong.

Morbius isn’t much worse than Venom and its sequel Let There Be Carnage, but at least those films make up for their shortcomings by being funny and entertaining.

This film is very serious and not at all scary (considering vampires are involved) and is just so bland and unengaging that it never really gets going.

And the CGI is absolutely awful – the action scenes are so ugly and messy and their vampire faces sometimes look fake.

Leto doesn’t do a bad job as Morbius while Smith gives it all he’s got as the hammy British villain.

The actor who comes out of this the best is Adria Arjona as his fellow doctor Martine Bancroft – she is very watchable. They all do their best with the weak script they’re given.

Morbius regurgitates the same well-trodden origin story and offers the audience nothing we haven’t seen before.

And it doesn’t even come to a conclusive ending – it just stops so it can tease us about the next film in the credits!