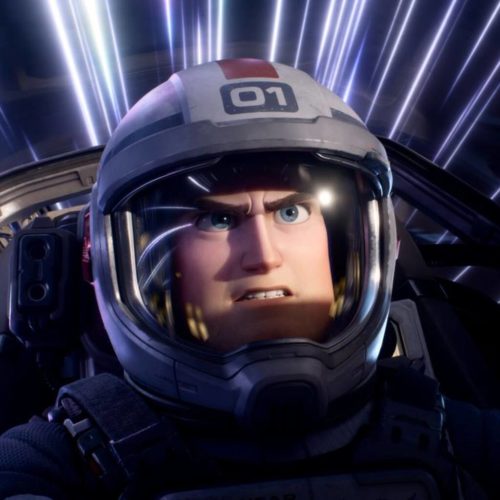 Verdict: Lightyear is not one of Pixar's best but children will likely still be entertained by the hijinks and adventure

After years of being voiced by Tim Allen, the classic Toy Story character Buzz Lightyear is now voiced by Avengers star Chris Evans.

But there is a reason for that – as the film’s opening message explains, Buzz’s human owner Andy brought the action figure in 1995 after watching the space ranger in his favourite movie – and Lightyear is that movie.

Lightyear – starring Buzz the space ranger, not the toy – follows the character as he goes on a mission to discover if a planet is hospitable with his teammate Alisha Hawthorne (Uzo Aduba).

When it becomes clear the planet is not suitable for human life, they quickly try to escape, but their ship is damaged and they have to stay put.

Over the years, Buzz continually goes away on mini-missions to help them get back home without any success.

Whenever he fails, he returns to the planet and four years have passed for his friends when it’s only been four minutes for him – much as in Christopher Nolan’s Interstellar.

When he comes back to the planet after a 22-year absence, Buzz discovers that the evil Zurg is out to get him and he recruits Alisha’s granddaughter Izzy (Keke Palmer) and her ragtag team – Mo (Taika Waititi) and Darby (Dale Soules) – to help him out.

The story is weak and ultimately quite pointless, plus there is a time travel plotline that doesn’t make any obvious sense.

It has its enjoyable moments and children will likely be entertained by all the adventure and hijinks, but it was hard to get invested in the story because it felt like it never really got going.

Toy Story fans will still enjoy hearing toy Buzz’s preset catchphrases in the context of the movie, the visuals are as impressive as ever, and you will laugh out loud a bunch, mostly thanks to the film’s scene-stealer, Sox the robot cat (Peter Sohn).

Although it is strange to hear Buzz with a different voice, Evans brings a likeable personality to the character.

Waititi basically does the same with Mo as with his Thor: Ragnarok voice role Korg – playing a dim character – but he’s still amusing, while Orange Is the New Black‘s Soules nailed her elderly convict role Darby.

Since the start of the pandemic, Pixar’s films have gone straight to Disney+ instead of the cinema and all three of them – Soul, Luca and Turning Red – are more deserving of a theatrical release than Lightyear.

However, those are original films and seen as a gamble whereas Lightyear has the benefit of existing IP.

Pixar usually produces really strong stories and Lightyear is unfortunately not one of them. It needed more substance to justify its existence.