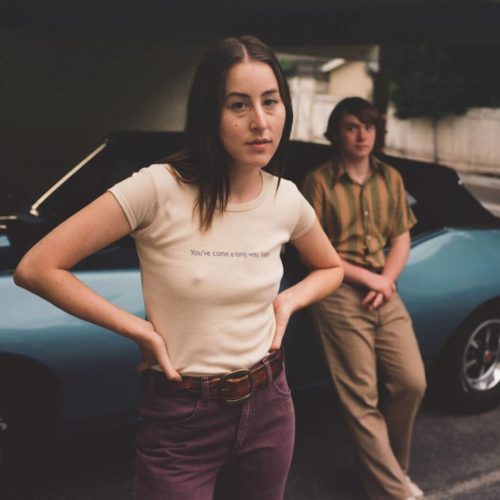 Verdict: Paul Thomas Anderson's Licorice Pizza is a charming movie with two leads who have an incredibly naturalistic approach to acting

Alana Haim may be best known as a singer in the sibling trio Haim but she has now proven she can act too thanks to her starring role in Paul Thomas Anderson’s Licorice Pizza.

He asks her out on a date when they meet at a high school photoshoot but she resists his advances as he is only 15.

However, they become firm friends and business partners, and the film follows them as they date other people and try out new separate ventures, although they’re unable to resist their bond for too long.

While the film is generally focused on this friendship, it also looks at how 25-year-old Alana lacks a sense of direction in her life and keeps trying out new jobs and guys to see what works.

There is a lot to enjoy about Anderson’s latest. The old school look and feel of the film is perfect and should give many nostalgic feelings, while the two central performances are a joy.

However, the film itself is too long, sprawling, unfocused, and spends too much time going off on tangents before circling back to the main friendship.

Bradley Cooper, Tom Waits, Sean Penn, and Benny Safdie’s characters are entertaining but they are all superfluous to the story and distract from the narrative.

These big recognisable stars weren’t really needed as the lead newcomers are so good without them.

Haim has an incredibly naturalistic and understated acting style – it’s remarkable this is her movie debut as it doesn’t feel like she’s playing a character at all.

The fictional Alana has many connections to real Alana, however, as the singer’s sisters Este and Danielle and their parents play the character’s fictional family.

Meanwhile, Hoffman is utterly charming in his debut movie role. Gary has the gift of the gab and has an affable nature many characters warm to.

It made a nice change to see the leads of a romance story looking so normal and natural, with little make-up.

While the newcomers give natural performances, Cooper goes in the opposite direction as the angry, formidable movie producer Jon Peters, Penn gives a smooth, brooding turn as actor Jack Holden, and Waits appears briefly as director Rex.

The age difference between the main characters has sparked controversy among some and while it may not sit right with everyone, it is 97 per cent about their friendship and very little about romance and Alana rebuffs Gary for that very reason.

If you can get past that, you’ll discover Licorice Pizza is a charming movie with two terrific leads.