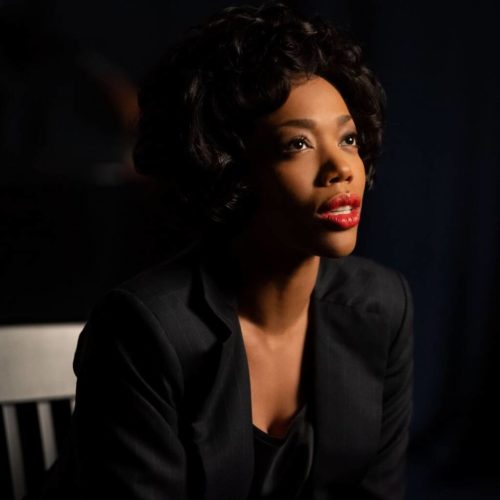 I Wanna Dance with Somebody

Verdict: Naomi Ackie shines as Whitney Houston in a biopic that tries to incorporate too much and fails to do the singer's life justice

Given the incredible life Whitney Houston led during her 48 years on Earth, it was only a matter of time before she got the biopic treatment.

I Wanna Dance with Somebody, starring Naomi Ackie as Houston, follows the usual biopic routine – it begins with Houston’s humble beginnings in ’80s New Jersey and being discovered by record executive Clive Davis (Stanley Tucci) before charting her rise to fame.

This biopic tries to achieve too much and pack in everything that happened in Houston’s life – but she had too many big hits and too many personal dramas for these to all be covered properly.

It acknowledges everything briefly in a superficial way and never gets a chance to dig deep, get under Houston’s skin and show us much we don’t already know.

You can feel director Kasi Lemmons trying to move swiftly from one key moment to the next, not wanting to miss out anything but not having the time to examine much in any real detail.

As it is, the film is around two-and-half-hours long and it has clearly been heavily edited to get everything covered in the quickest amount of time possible which means you don’t get much opportunity to feel anything.

The film seems to prioritise Houston’s career achievements and glosses over – or barely touches upon – her personal issues.

It feels like a quick rundown of the top of her Wikipedia page.

While it is fun to see Ackie recreating music videos, live performances or recordings, they don’t show who Houston was as a person and don’t add much to the bigger picture.

You can’t help but wonder if the film is so sanitised because of outside input from Houston’s loved ones.

Davis and Houston’s sister-in-law Pat Houston are producers of the film and are both portrayed as characters (although Pat gets very little screentime).

The singer’s substance abuse issues are addressed but far too softly, and the death scene was not handled in a clear way at all.

Ackie cannot be faulted. She does her best with Anthony McCarten’s weak screenplay and makes the film better than it is.

Her speech is convincing and her lip-syncing to Houston’s recordings is spot-on. She is the film’s biggest asset, although Williams is also excellent as Crawford.

I Wanna Dance with Somebody works well as a celebration of Houston’s career but it doesn’t do her whole life justice.