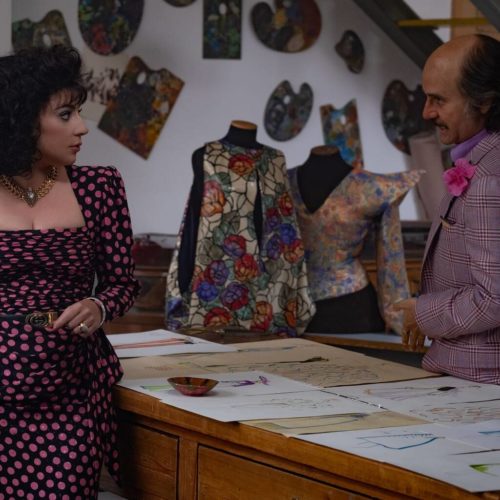 Verdict: House of Gucci is ultimately a trashy melodrama with a mixed bag of performances and a story that is nowhere near as entertaining as it should have been.

Lady Gaga and Adam Driver play a couple which worms its way up the ranks of the Gucci family business in this fashion drama.

Ridley Scott may be 83 but he’s showing no signs of slowing down – less than two months after the release of his medieval epic, The Last Duel, he’s bringing us his second movie of 2021, House of Gucci.

This drama is set in the world of high fashion in Milan, Italy between the 1970s and 1990s and focuses on the marriage between Patrizia Reggiani (Lady Gaga) and Gucci heir Maurizio Gucci (Adam Driver).

When they first meet, he is studying law and doesn’t want to get involved in the family business but it doesn’t take long before they are manipulating their way to the top of the company.

Their marriage isn’t plain sailing and after Maurizio divorces Patrizia in the early ’90s and the life of luxury she’s accustomed to becomes threatened, she hires a hitman to kill her ex-husband.

Given the shocking scandals the film depicts, you would rightly expect it to be dramatic, thrilling and gripping or at least silly and camp but it is none of those things.

It is bizarrely muted and unengaging, making the runtime feel even longer than it actually is.

It doesn’t help that the storyline is bloated – there is admittedly a lot of content to pack in – and the narrative seems to have gaps and unexplained aspects so some research was needed post-screening to clarify what truly happened.

The film is also all-over-the-place tonally and that’s because Scott lets Jared Leto – playing Maurizio’s cousin Paolo – do what the heck he wants and his performance is so at odds with everyone else’s.

It’s like he’s in a different movie – a hammy panto comedy – when everyone is playing it straight like the drama it is. His Paolo is an eccentric larger-than-life Italian caricature, with an “it’s a-me, a-Mario” accent to boot.

But while nobody would call his performance good, he’s the most entertaining presence in the film and provides the vast majority of the laugh-out-loud moments, with that’s intentional or not.

The film may be littered with issues, but Gaga fans will be pleased to know that she’s not one of them.

She completely convinces as Patrizia and her commitment and dedication to the role is clear to see; she threw herself into the character entirely. Her accent – although it doesn’t always sound Italian – was the most consistent among the cast.

Driver, in his second Scott film of the year, does well but he doesn’t really stand out among all the showier characters, while Al Pacino and Salma Hayek were great fits for Aldo Gucci and clairvoyant Pina, respectively.

Jeremy Irons as Maurizio’s father Rodolfo is the worst offender on the accent front and sounded British more often than not.

House of Gucci is ultimately a trashy melodrama with a mixed bag of performances and a story that is nowhere near as entertaining as it should have been.