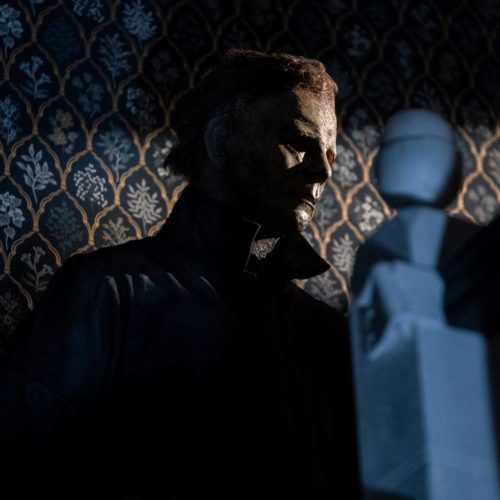 Verdict: Halloween Ends is an improvement on the previous instalment and delivers a terrific send-off to the franchise – but it's a shame you have to wade through 80 minutes of nonsense to get there.

Jamie Lee Curtis returns as Laurie Strode in the concluding chapter of the Halloween franchise.

The current Halloween trilogy has been a mixed bag – the first instalment was terrific but the sequel was disappointing – so it’s hard to predict what the threequel, Halloween Ends, will be like.

The first two instalments in the current trilogy, Halloween and Halloween Kills, were set across the same drawn-out night in 2018. However, the time jumps to the present day at the start of Ends and reveals that masked serial killer Michael Myers disappeared four years ago and has not been seen in Haddonfield since.

Longtime survivor Laurie Strode (Jamie Lee Curtis) and her granddaughter Allyson (Andi Matichak) have brought a home together and are moving on with their lives.

However, you guessed it, once Halloween night rolls around, Michael Myers returns to Haddonfield to face off with Laurie once and for all.

Halloween Ends is a wildly different film compared to the previous two and unexpectedly follows in the footsteps of 1982’s Halloween III: Season of the Witch.

Director David Gordon Green deviates from the tried-and-tested formula of Laurie vs. Michael for the most part and focuses on a new “bogeyman” in town. It is absolutely baffling that the concluding chapter of this story would give so much screen time to a character we’ve never met before and don’t care about.

You can’t help but feel like this new character is just there to fill out the film until we get to the much-promised Laurie vs. Michael showdown.

That climactic sequence is everything the fans have been waiting for, although perhaps it could have been a little longer. It is well-executed, bloody and brutal and very satisfying to watch. The whole final act is terrific.

So it’s a shame that the rest of the film is so bizarre. Green certainly has taken a big, bold swing focusing his movie on somebody else entirely and reducing the screen time of his main protagonist and antagonist and this decision will likely prove very divisive.

This change-up also means that Halloween Ends isn’t a horror movie for a long time (outside of an awesome opening sequence). It becomes the slasher we all know and love in the final 30-40 minutes and it makes up for lost time, with some seriously disgusting and grisly kills.

Curtis is as brilliant as ever as the kickass Laurie, although the character should have been in the film more and been given better lines of dialogue.

Halloween Ends is an improvement on the previous instalment and delivers a terrific send-off to the franchise – but it’s a shame you have to wade through 80 minutes of nonsense to get there.

In cinemas from Friday 14th October.