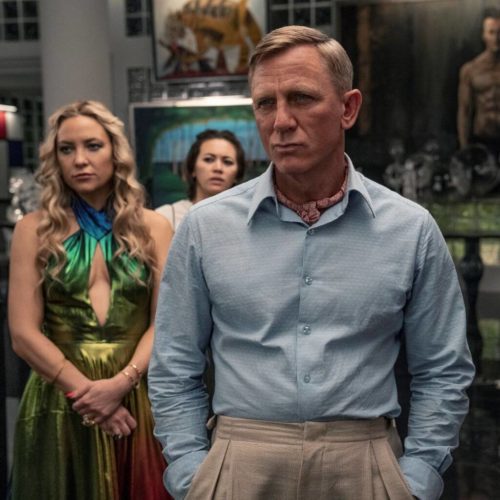 Glass Onion: A Knives Out Mystery

Verdict: Glass Onion goes the classic sequel route - it is bigger, bolder and sillier, but also a lot of laugh-out-loud fun

After the success of 2019’s Knives Out, writer/director Rian Johnson announced he would make more murder mysteries with Daniel Craig and a new set of supporting characters.

For the second movie, Craig’s Southern detective Benoit Blanc is invited to a murder-mystery party thrown by tech billionaire Miles Bron (Edward Norton) at his luxury home on a private Greek island.

When one of the guests dies, Blanc must use his detective skills to solve the crime.

If you liked the first Knives Out, then you will love Glass Onion. It is more silly, fun, and laugh-out-loud hilarious than the first one, it is chock-full of zingy one-liners, visual gags, and celebrity cameos, and the costume and production design are incredible.

However, if you thought the first film was too self-aware and a bit smug, the sequel will not do anything to change your mind.

If anything, you might enjoy it even less than the previous one.

Johnson has written a witty screenplay and crafted an interesting line-up of rich, entitled characters who all seem guilty of something.

They are the fakest friends you’ll ever meet and have all betrayed one another at some point.

But who is capable of murder? There are plenty of twists and turns along the way before you find that out!

While the screenplay is top-notch dialogue-wise, there is a super clunky section that takes us away from the Greek island and reveals something critical about one of the suspects.

It is a very long flashback that takes you out of the film and interrupts the narrative – and this could have been executed better.

With such a big cast, it’s inevitable that some get more to do than others.

Monae is the star of the show as her mysterious role gets more and more interesting throughout the film.

Hudson was born to play Birdie Jay, she is perfect for the character, and Craig is still good fun as Blanc but he is surrounded by bigger personalities and overshadowed often.

Glass Onion is unlikely to win over people who weren’t fans of the first one, however, it’s another highly entertaining whodunit from Johnson.

On Netflix from Friday 23rd December.