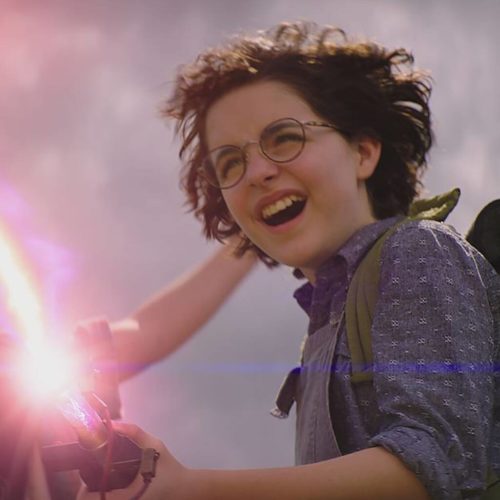 Verdict: Jason Reitman has created a fun, entertaining ride that blends old and new in an exciting way. Ghostbusters fans will not be disappointed.

Mckenna Grace and Finn Wolfhard discover their connection to the original Ghostbusters in this spooky action-adventure.

The Ghostbusters franchise is back, this time with Jason Reitman at the helm instead of his father Ivan Reitman.

The film follows Callie (Carrie Coon) and her children Trevor (Finn Wolfhard) and Phoebe (Mckenna Grace) as they are forced to move to a decaying house in the middle of nowhere in Oklahoma.

It once belonged to Callie’s late father, Egon Spengler, who left his family without explanation when she was young to move to the farmhouse. The family finally discovers why when supernatural phenomena start to occur.

Reitman, who watched his father Ivan direct 1984’s Ghostbusters and 1989’s Ghostbusters II, does a solid job of balancing the old with the new and gives the franchise a new lease of life.

Although it largely feels like its own thing, it’s incredibly nostalgic and filled with Easter eggs and references for franchise fans.

Admittedly, Reitman takes the fan service a bit too far towards the end, which is why the first half is stronger and much more accessible to newcomers or people who haven’t seen the originals in a long time.

The first half is the most entertaining as we get to watch science whizz Phoebe figuring out her connection to the Ghostbusters and witness the first outings of Ecto-1, the proton packs and ghost traps, not to mention our first ghost sighting.

The characters are also given more opportunities to be funny, with Paul Rudd as teacher Mr. Grooberson and Logan Kim as Phoebe’s quirky pal Podcast being given the majority of the laugh-out-loud lines.

The quality of the script diminishes as the film approaches the finale and Reitman starts to borrow too much from what came before – so a re-watch is advised.

The narrative felt messy and under-explained and – without getting into spoilers – it becomes the cameo show. While some appearances felt meaningful, purposeful, and at times emotional, others felt merely like a box-ticking exercise.

The star of the show is Grace, who seemed to be having a ball as this lovably awkward outsider. Her lame jokes and her friendship with Podcast are two of the film’s greatest strengths.

#Kim is just as impressive, establishing himself as one to watch in his first-ever movie role. He is hilarious and his comic timing, line delivery, and general personality make you warm to him.

Elsewhere in the cast, Rudd is as funny as you’d expect, Coon is effortless as the kind and caring maternal figure, and Wolfhard does well as the awkward newbie in town.

Celeste O’Connor rounds out the young foursome as Lucky, who isn’t fleshed out very much.

Ghostbusters: Afterlife is not perfect but you can’t deny that it is a fun, entertaining ride that will make fans of the franchise very happy. Make sure you still until the end of the credits.