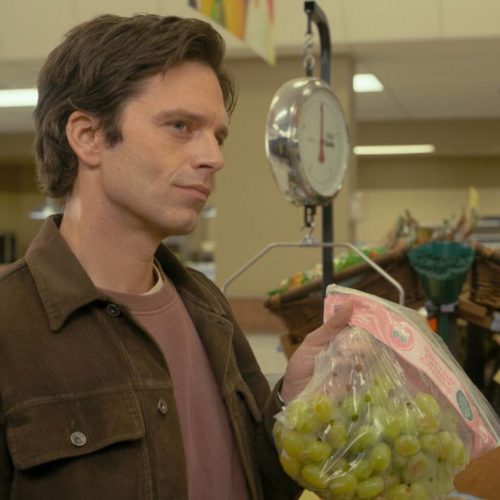 Verdict: Fresh has an incredible concept, spectacular showdown, and terrific performances but the boring middle section lets it down

It is best going into Mimi Cave’s directorial debut knowing as little as possible so you can truly appreciate the dark turn it takes about 20 minutes in.

The film begins like your average romance drama. Normal People star Daisy Edgar-Jones plays Noa, a young woman who is fed up with dating apps and has just had a terrible first date.

One day, she thinks luck is on her side when she meets Steve (Sebastian Stan) in the supermarket and they hit it off.

Noa feels like she’s found the perfect guy so she heads off on a weekend away with Steve – but it turns out he’s harbouring a very big secret.

After this point, Fresh swerves straight horror/thriller territory that is not for those with a faint heart or weak stomach.

It is dark, disturbing, and there are plenty of scenes that are designed to make viewers feel uncomfortable.

But it’s worth noting that the film isn’t particularly gory and most of the horror lies in the suggestion of what has happened rather than actually seeing it in detail.

It has been described as a horror-comedy by some, but that’s slightly inaccurate.

The comedy comes and goes but the dark humour helps undercut the horror and stops the film from feeling too heavy.

The beginning is pitched perfectly – you’re just watching the romance drama and waiting for the other shoe to drop – and the final act is thrilling, exciting, and genius. But the middle is where the film falls down.

The second act is far longer than it needed to be and the momentum from the initial reveal falls away.

You can’t help but feel a little bored and wonder when something is going to happen. Thankfully, it eventually does and it ends in a spectacular fashion.

Stan is best known for playing the heroic Bucky Barnes in the Avengers films so this is quite the change of pace for him and it was exciting to see him doing something so wildly different.

He brings a lot of charm to his menacing character and acts as if his behaviour is perfectly normal, which makes it all the more off-putting.

Edgar-Jones, in her first lead movie role, brings a vulnerability to Noa but also gives her a strong, fighting edge – she is no damsel in distress.

Jojo T. Gibbs also deserves a shout-out as Noa’s best friend Molly, who is easily the most sensible character in this.

Cave has pulled off a shocking and dark directorial debut that has to be seen to be believed. It’s just a shame about that weak middle section.

On Disney+ from Friday 18th March.