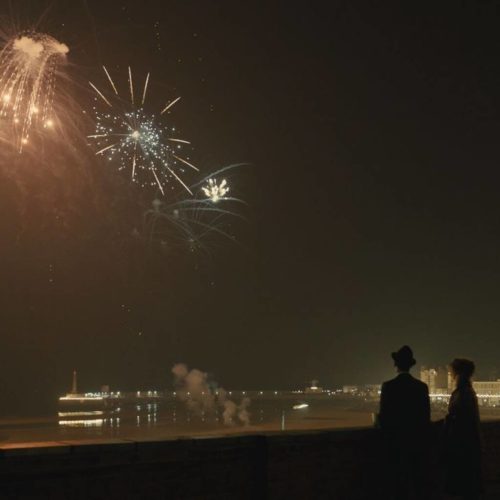 Verdict: Olivia Colman does her best but her performance can only go so far in this poorly written and confused drama

However, it is very unlikely that their collaboration Empire of Light will produce much awards buzz.

This film, set in the seaside town of Margate in Kent in the early ’80s, tells the story of Hilary (Colman), the deputy manager of the Empire cinema.

She is a lonely woman with mental health concerns and she forms a bond with a new employee named Stephen (Micheal Ward), a young Black man.

Mendes is very good at directing films that he’s co-written with other people, such as 1917 or scripts written by other people, such as American Beauty, Skyfall or Revolutionary Road. However, Empire of Light is his first solo script and it clearly demonstrates that writing is not his forte.

The whole movie is let down by how badly written it is.

It’s not clear what the film wants to be about, Mendes doesn’t handle themes such as mental health and race with much sensitivity or nuance, and the characters are very thinly written.

Hilary and Stephen do not feel like fully realised people so it is impossible to understand them, their decisions or invest in their friendship/relationship.

Their occasional dalliance makes no sense and is not remotely convincing.

There are also some missed opportunities where a scene needed more impact or a more meaningful conversation but we don’t get it and it feels deeply unsatisfying.

On a positive note, Empire of Light looks stunning thanks to the trusty work of cinematographer Roger Deakins and its homage to cinema and classic films is heartwarming – although it is definitely not the “love letter to cinema” it appears to be.

Colman is a reliable actress who throws herself into every part, but her performance can only go so far when the writing isn’t up to scratch.

All of the characters are underwritten, particularly the cinema’s projectionist Norman (Toby Jones) and its awful boss Donald Ellis (Colin Firth).

Mendes’s name holds a certain cache with moviegoers and one generally expects him to deliver another awards season darling.

However, there is a reason why Empire of Light hasn’t received much recognition – it is dull and confusing.

In cinemas from Monday 9th January.