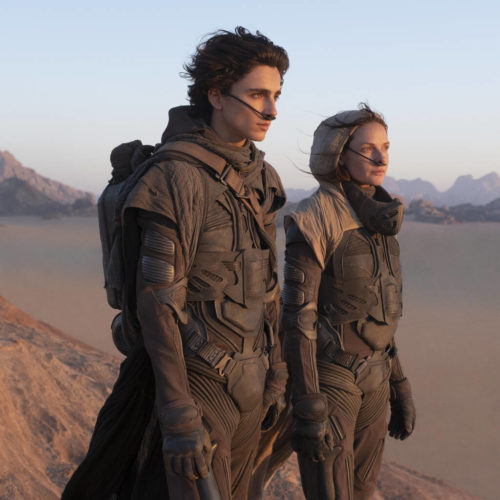 Verdict: Dune is a stunning visual spectacle and filmmaking feat but it was hard to get invested in the story or the characters

The first movie adaptation of Frank Herbert’s complex sci-fi novel Dune was a box office bomb in the 1980s but now acclaimed director Denis Villeneuve is giving it another go.

This sci-fi epic, part one of a planned two-part adaptation of the novel, tells the story of the noble House Atreides, led by Duke Leto (Oscar Isaac), his concubine Lady Jessica (Rebecca Ferguson) and their son Paul (Timothee Chalamet).

They are awarded the stewardship of the dangerous desert planet Arrakis, the only source of the valuable drug Spice, which can give people powers and extend human life.

House Harkonnen, led by Baron Harkonnen (Stellan Skarsgard), the former steward of Arrakis, is enraged by this decision and organises an attack against House Atreides.

Make sure you watch Dune on the big screen – you won’t regret it. It is a stunning visual spectacle and an incredible cinematic experience that feels so epic in terms of scope and scale.

The novel was widely considered to be unfilmable so Villeneuve deserves praise for taking on the ambitious and almost impossible task of bringing it to life and presenting it in a way that even people who haven’t read the book can understand.

If you are a newcomer, however, the film is initially rather overwhelming as the world-building is complicated and there are so many new characters, words, places and concepts to take in, but rest assured that Villeneuve has tried to make the film as accessible and digestible as possible.

This shouldn’t be an issue for those who have read the book or seen the previous film adaptation.

While Dune is undoubtedly a phenomenal piece of filmmaking, Villeneuve perhaps should have made sure it delivers narratively as well as it was hard to get invested in the story or root for any of the characters.

Also, there is a point when Dune becomes a different kind of film entirely and you really start to feel the two hours and 35 minute runtime.

It should have wrapped up sooner but it’s clear Villeneuve needed to reach a logical halfway point to conclude part one and set up part two.

Chalamet does well as a young man who is conflicted, vulnerable and with a tremendous responsibility on his shoulders, while the star of the show is Ferguson, who brought an interesting dimension to the story as a member of the Bene Gisseret, a sisterhood of women with mind powers.

The supporting cast is just as star-studded. Jason Momoa has a warm, charming personality as Duncan Idaho (who also gets some cool fights) and Skarsgard was suitably repellent as the Baron.

Zendaya and Javier Bardem were fine as Chani and Stilgar, the Fremen, the people native to Arrakis. They don’t have much to do this time around but they will get an upgrade in part two.

Dune is an impressive filmmaking feat and one that needs to be witnessed at the cinema so you can truly appreciate the jaw-dropping cinematography and Hans Zimmer’s score.

In cinemas from Thursday 21st October.