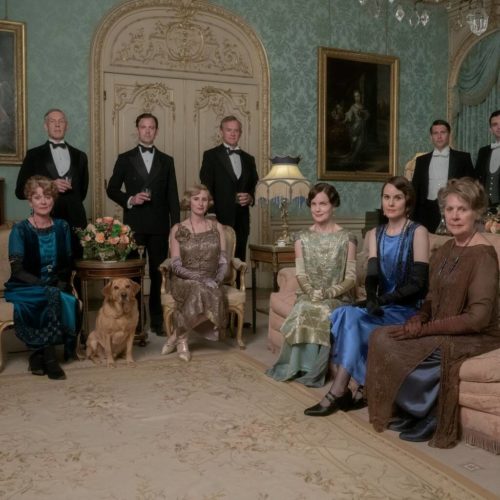 Verdict: This movie sequel will only have a narrow appeal but will likely leave fans of the TV show satisfied

The Crawley family host a film production at the estate and jet off to the South of France in this movie sequel.

After the first Downton Abbey movie was a huge hit at the box office in 2019, it came as no surprise when series creator Julian Fellowes announced he was writing a sequel.

In the follow-up, set several months after the first film, Violet, Dowager Countess of Grantham (Dame Maggie Smith) asks her son Robert (Hugh Bonneville) and his wife Cora (Elizabeth McGovern) to go to the South of France as she has inherited a villa, which was given to her in a Frenchman’s will and his family aren’t too happy about it.

Naturally, other members of the family want to come along for the sunny trip including Lady Edith (Laura Carmichael) and Bertie (Harry Hadden-Paton), Tom (Allen Leech) and Lucy (Tuppence Middleton), and trusty butler Carson (Jim Carter).

While they’re away, Lady Mary (Michelle Dockery) stays at Downton Abbey to oversee the production of the movie The Gambler, directed by Jack Barber (Hugh Dancy) and starring Myrna Dalgleish (Laura Haddock) and Guy Dexter (Dominic West). After a number of setbacks – including switching the film from a silent to a “talkie” midway through filming – Mary and the Downton staff get involved to help Barber finish his picture.

And in a storyline almost identical to classic musical Singin’ in the Rain, the switch from silent to talkies is bad news for leading lady Myrna, who has an off-putting common accent that is at odds with her glamorous appearance. You can probably guess who is roped in to be her speaking voice!

As the first film focused on one event (a royal visit), this follow-up obviously had to go one better and have two. This requires a lot of switching back and forth between Downton and France but this keeps the narrative moving and feeling interesting.

The filmmaking segment is more entertaining than the action on France, which is primarily a lot of talking about wills and how Violet knew the late Frenchman. However, both locations are stunning, as are the costumes.

Most films contain a central conflict to generate drama but there’s not much of that in A New Era and the slight conflicts in the story are resolved quite quickly so you don’t feel too worried about them. It is all very pleasant, easygoing, comforting and nostalgic.

There are some humorous moments along the way, particularly with Carson suffering in the France heat, Myrna’s surprising voice, Violet’s sharp putdowns and the banter between the downstairs staff like Mrs. Patmore (Lesley Nicol) and Daisy (Sophie McShera).

The script is rather thin but delivers some lovely character developments that long-running fans of the drama will appreciate, while another big moment might have them reaching for tissues.

A New Era – this time directed by Simon Curtis – has a narrow appeal and will only work for people who are already invested in these characters, but its target audience should come away satisfied.

In cinemas from Friday 29th April.