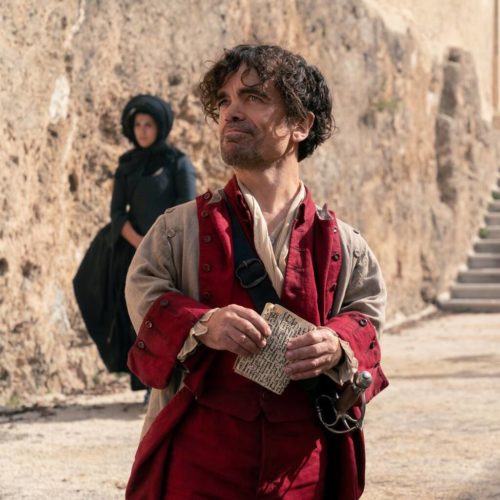 Verdict: Cyrano is far more entertaining than the promotional materials would suggest

In the play Cyrano de Bergerac, the title character is traditionally played by a famous actor wearing a giant fake nose to make him seem ugly and unlovable, but in the movie version, Peter Dinklage brings a brand-new level of authenticity to the famous character.

Given his stature, Cyrano feels too self-conscious to tell his life-long friend Roxanne (Haley Bennett) that he’s madly in love with her and has been for years.

He’s convinced she could never love somebody like him and he is destined to love her from afar.

His friendship with Roxanne is tested when she asks him to set her up with his comrade Christian (Kelvin Harrison Jr.).

Cyrano obliges, and since Christian is no wordsmith, Cyrano also offers to write love letters to Roxanne on his behalf, even though making her fall for another man hurts him deeply.

This feels like the role Dinklage was born to play. He brings so much more substance and subtext to the character because he deeply understands that feeling of self-consciousness because of his appearance, having a form of dwarfism.

It grounds the story and makes it more realistic. Dinklage has a solid singing voice and convincingly acts like the burden of unrequited love is weighing down on him.

He has terrific support from Bennett as the alluring Roxanne, who has an impressive singing voice and is very entertaining, while her scenes with Harrison Jr. provided some much-needed levity.

Monica Dolan is also a delight as Roxanne’s outspoken lady-in-waiting Marie and Ben Mendelsohn is particularly slimy as the pantomime-style villain de Guiche, who also has his eyes on Roxanne.

Don’t go into Cyrano expecting catchy, crowd-pleasing numbers like you’d find in musicals such as In the Heights and West Side Story.

The songs are designed to push the story forward, not to get the audience singing along and tapping their feet, and the musical sequences generally just feature the stars singing their feelings with some stylised movements.

The trailer for Cyrano made it seem rather stuffy and boring but it’s far more entertaining than it lets on and the leads make it very engaging.

Also, the costume and production design are gorgeous and Seamus McGarvey’s cinematography is stunning.

To manage your expectations, it is best to think of it as a romantic period drama with the occasional song than a full-on musical.