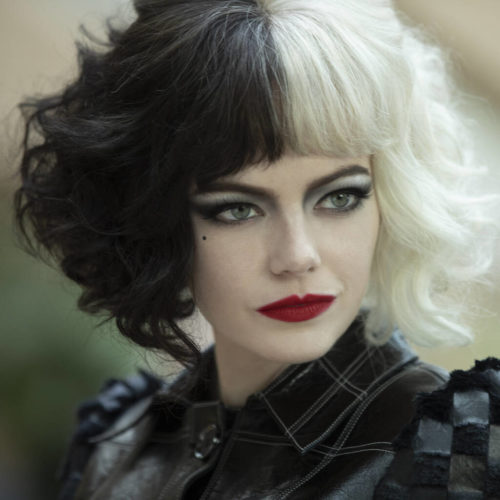 Verdict: Emma Stone and Emma Thompson are sensational as the leads in this fun film which is a classic case of style over substance

Audiences will discover the origins of Cruella De Vil in this dark and stylish live-action prequel.

Glenn Close famously played the iconic 101 Dalmatians villain Cruella de Vil in two live-action movies in 1996 and 2000, and the character has now received the prequel treatment, with Emma Stone stepping into her chic shoes.

The movie kicks off with a young Estella (Tipper Seifert-Cleveland) as a new orphan on the streets of London, wondering how to survive without her mother, before she is taken in by brothers Jasper (Joel Fry) and Horace (Paul Walter Hauser) who rope her into swindling business.

But Estella (now Stone) has always wanted to become a fashion designer and she finally gets the chance to make her dream come true when Baroness von Hellman (Emma Thompson), a renowned designer, discovers her punk-themed window display in Liberty department store and offers her job. But it doesn’t take long for their relationship to sour and for them to become rivals.

Cruella feels very different from all the other live-action Disney offerings; it is darker and not aimed squarely at children, so it felt like a breath of fresh air.

However, it’s too long (two hours 14 minutes!), it lags around the middle and you really have to suspend your belief in the story, which didn’t do enough to justify its existence.

But it certainly is stylish! Thanks to the ’70s time period, Estella’s punk vibe, and the fashion design setting, Cruella really excels in the costume design, led by Jenny Beavan, who absolutely must win an Oscar for her work here, along with the hair and make-up teams. Both Stone and Thompson have many costume changes and get to wear some absolutely stunning clothes.

Stone is perfect for the role of Cruella; she delivers that cheeky, slightly hammy devilish persona with ease, her British accent is solid, and she is captivating onscreen.

Yet, she has competition from Thompson, who is sensational as the Baroness and gives Cruella a run for her money in the evil stakes. Their relationship can easily be compared to The Devil Wears Prada, with the Baroness a lot like the cold Miranda Priestly.

Elsewhere in the cast, Horace and Jasper are given an upgrade – they’re no longer just the one-dimensional bungling sidekicks, they’re Estella’s “family” and they’re not happy when she gets too big for her boots. Fry brought a lot of much-needed grounded humanity as the concerned friend, while Hauser is given the comedic role and he effectively delivers plenty of laughs.

Other supporting cast members worth a mention are John McCrea – the original star of stage show Everybody’s Talking About Jamie – who brings sass and fabulousness as Cruella’s queer trend-setting friend, Mark Strong as John, a mysterious man who works for the Baroness, and Kayvan Novak as lawyer Roger and Kirby Howell-Baptiste as Anita Darling, a fashion journalist. Those last two names should ring a bell for 101 Dalmatians fans.

An origins story for Cruella wasn’t necessary and this film doesn’t prove otherwise but it’s still highly entertaining and one of the boldest and most refreshing of the live-action Disney movies so far. It’s best enjoyed if you accept that it’s a lightweight piece of fun and more style over substance.

In cinemas and on Disney+ from 28 May.