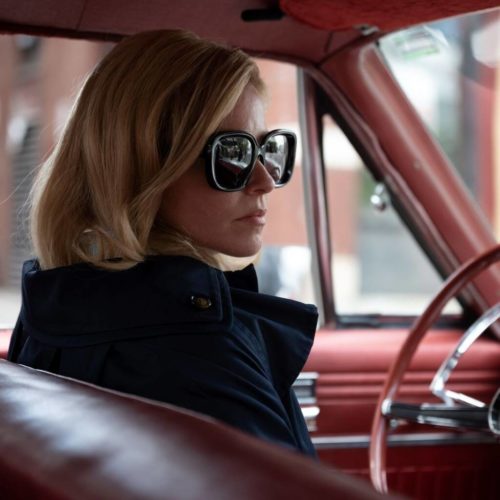 Verdict: Call Jane is an important call to action that should be seen by as many people as possible

Elizabeth Banks plays a conservative housewife who turns to the Jane Collective to help her deal with a life-threatening pregnancy.

When they made the film in 2021, the Call Jane team could never have known just how relevant their film would become by the time it was released in cinemas.

The film shines a light on the Jane Collective or Jane, an underground organisation that gave women safe abortions in Chicago between 1969 and 1973, when they were illegal in America.

The story, set in the late ’60s, is told through the eyes of Joy (Elizabeth Banks), a conservative, Christian housewife who learns that her pregnancy is life-threatening and it would be in her best interests to terminate it.

However, the hospital refuses to do the procedure so she decides to take matters into her own hands.

Joy subsequently discovers the Jane Collective, and after receiving their service, she starts to volunteer with the organisation and becomes increasingly more involved.

Call Jane delivers a clear pro-choice message so it will not appeal to everyone.

The message would have been important and poignant regardless of the timing, but coming out a few months after the overturning of Roe v. Wade – which allows states to abortion illegal again – make it feel even more urgent and timely.

It may be set in the ’60s but it’s not hard to imagine the Jane Collective operating now or in the near future.

At the beginning of the movie, Joy is a people-pleasing housewife who exists to look after her lawyer husband William (Chris Messina) and teenage daughter Charlotte (Grace Edwards).

She finds a sense of purpose and has agency after she discovers the Janes and it’s lovely to see her becoming more independent and using her voice.

As she rises up the ranks at the organisation, she has to give up more and more of her time, taking her away from her family, so she has to figure out how to balance her responsibilities at home and to the women in need.

Banks always makes interesting choices with her career and you can never predict what she’s going to do next. She easily moves from comedies to serious projects and nails them all.

She is supported her by Sigourney Weaver as the cool hippie Virginia, the head of the organisation, Wunmi Mosaku as a volunteer, and Kate Mara as her neighbour.

Call Jane is an important call to action that should be seen by as many people as possible.

In cinemas from Friday 4th November.