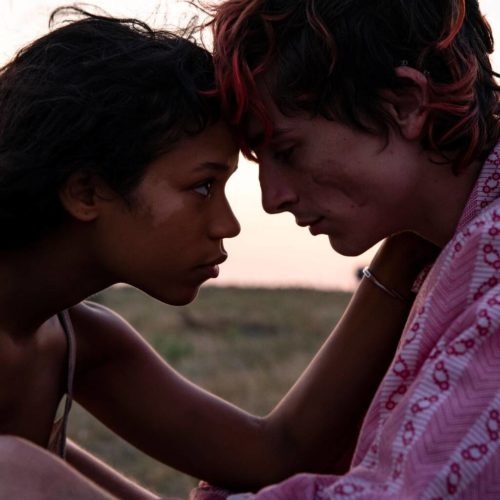 Verdict: Bones and All is a tender and moving yet totally horrifying romance-horror that is not for the faint-hearted

Five years after finding fame with Luca Guadgnino’s Call Me by Your Name, Timothée Chalamet has reunited with the director once again for a very different movie – Bones and All.

The film, a hybrid of the romance, horror, and coming-of-age genres, tells the story of high school student Maren, who has to relocate whenever she gives into her primal urge to feed – on other humans.

After her father Frank (Andre Holland) walks out and leaves her on her own, Maren decides to find her long-lost mother and embarks on a road trip across ’80s America.

On the way, she bumps into Lee (Chalamet), a fellow cannibal, and he joins her on her journey.

While Bones and All is not 100% a horror, you should not watch it if you’re not into the genre because it is genuinely scary in places.

Also, if you don’t think you can stomach seeing humans eating other humans, then this film is definitely not for you, and if you are going to see the movie simply for Chalamet, brace yourself – it’s a wild ride.

In comparison to other depictions of cannibalism over the years, this movie isn’t particularly hardcore as Guadagnino generally cuts away before too much is shown, but even still, you can hear the really gross sounds of flesh being eaten.

He abandons that approach and goes full-on horror at the end, and the climactic scene is shocking, horrifying, and seriously gruesome.

You won’t forget it in a hurry – it is seriously not for the faint-hearted.

Outside of the cannibalism scenes, the story is actually really tender, sweet, and heartbreaking.

Maren and Lee are two outcasts who build an extremely unique life together and try to find their place in the world. It feels a bit too long but their story is otherwise excellent.

This may be Russell and Chalamet’s movie but the scene-stealer is Mark Rylance.

He plays a terrifyingly creepy cannibal Maren meets on the road. He will probably make your skin crawl and make you feel tense whenever he appears.

Equally, Michael Stuhlbarg, another Call Me by Your Name star, is a one-scene wonder as a seriously freaky cannibal they encounter. He felt dangerous and very scary.

The dynamic between Maren and Lee is interesting to watch – she feels shame about her urges whereas he does not – and they form a beautiful (if twisted) partnership. Russell and Chalamet shine together, which is something Russell has deserved for a while. Chalamet proves his versatility even more and his fans will see him in a whole new light.

If you think you have the stomach for it, Bones and All is worth your time. You will not be prepared for what happens in this film and it’ll stick with you for hours afterward.

In cinemas from Wednesday 23rd November.