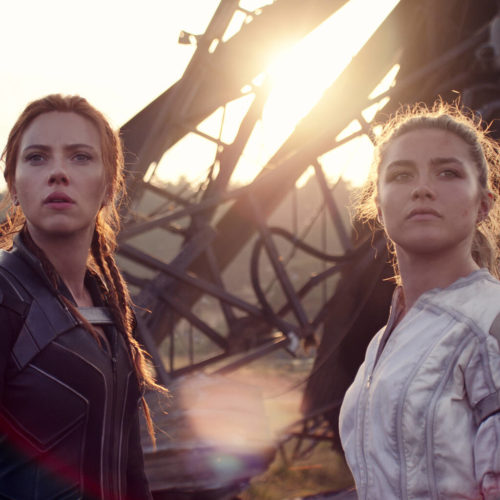 After a decade in the Marvel Cinematic Universe, Scarlett Johansson’s Black Widow finally gets her standalone movie.

The film takes place directly after the events of 2016’s Captain America: Civil War, when Avenger and former assassin Natasha Romanoff/Black Widow (Johansson) is on the run and forced to confront a conspiracy with ties to her past.

The film is best enjoyed if the plot details remain a mystery before you watch it as the story is surprising and unexpected, with the cast and crew keeping the secrets very well.

But rest assured that it tells a really strong, substantial story that is gritty, raw and more grounded than the usual MCU fare.

It aims to humanise this powerful character and make her more vulnerable and finally gives us an insight into Natasha’s personal backstory.

There are still plenty of exciting action sequences and the big CGI-fuelled stunt setpieces we’ve come to expect from Marvel movies.

These were entertaining to watch but the film actually excels in the character-driven scenes in which we learn more about Natasha, her family figures – Yelena (Florence Pugh), Alexei (David Harbour) and Melina (Rachel Weisz) – and what she’s been through.

Black Widow is the film Johansson finally deserves after 10 years in the MCU and it is a solid – but not perfect – way for her to bow out (if that is a spoiler for anyone, you should perhaps watch Avengers: Endgame).

She is superb in the lead role but is often outshone by her co-stars as they have more personality and comedic moments, especially Pugh as Yelena.

Pugh’s Yelena is funny, charming, and can kick butt but is also trying to cope with a lot of hurt, pain, and resentment and she shows her emotions more openly than Natasha.

Then there’s also Harbour, who was perfectly cast as his character and absolutely hilarious.

It was nice to see Weisz in a Marvel movie but she could have been utilised more. These three have Russian accents which are rather inconsistent, particularly with Weisz.

Cate Shortland, the first female filmmaker to direct an MCU movie solo, has done a terrific job giving audiences a solid superhero movie-slash-espionage thriller that delivers on both action and character fronts.

It doesn’t break the mould for MCU movies all that much, but it’s another successful instalment.

Make sure you stay and watch the post-credits scene – it’s an important one!

In cinemas from Wednesday 7th July and on Disney+ from Friday 9th July.