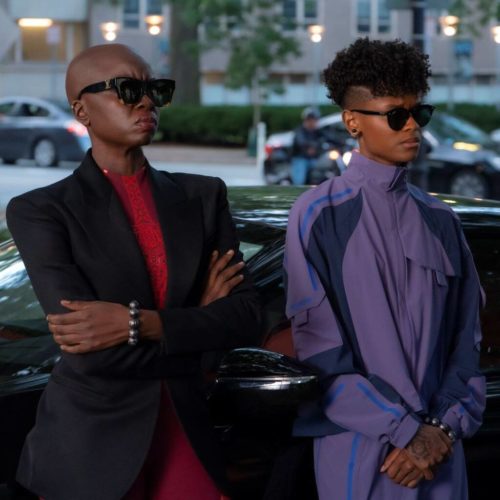 Verdict: This sequel serves as a poignant tribute to Chadwick Boseman and is anchored by moving performances from Wright, Bassett and Gurira

The nation of Wakanda must learn how to defend itself without a Black Panther protector following the death of King T’Challa.

Following the tragic death of Chadwick Boseman, Black Panther director Ryan Coogler had to go back to the drawing board and start over with the sequel, Wakanda Forever.

Remarkably, Coogler and his team have managed to create a new story which both honours Boseman, and his character T’Challa, and forges a new path for his Black Panther superhero alter ego.

The sequel is set in the aftermath of King T’Challa’s death and the nation of Wakanda is mourning its leader and protector.

His mother, Queen Ramonda (Angela Bassett), takes charge of the country and she and the elders must figure out a way to protect Wakanda and its precious vibranium reserves from outsiders.

This issue becomes more urgent when a new threat emerges in the form of the secret underwater nation Talokan, led by Namor (Tenoch Huerta).

The way this movie handles the death of both T’Challa and Boseman is beautifully done.

His presence is felt deeply throughout because you can tell the cast members aren’t acting at times and are grieving their friend. Certain moments are very poignant and may bring some viewers to tears.

However, casting the tribute to Boseman aside, this sequel falls into a lot of the common pitfalls we’ve seen in recent Marvel movies.

To begin with, there is no need for it to be two hours and 41 minutes. It is overstuffed and tries to achieve too much when it could have been much simpler.

It switches back and forth between characters, locations and storylines a lot, leaving it feeling messy and all over the place.

The story also takes a long time to get going and is too much of a slow-burner for a Marvel movie.

Following the death of Thanos, the MCU lacked a serious villain and this is certainly the case with Wakanda Forever.

Namor is quite a complex character but his motives for turning evil aren’t convincing and he doesn’t feel that threatening.

This means the action has low stakes and is mostly underwhelming (although there are a couple of cool moments).

It doesn’t help that the CGI is dodgy in places and the visuals are murky at times.

Thankfully, the cast ground the story and make it one of the most emotionally charged Marvel movies ever.

Letitia Wright is especially moving as T’Challa’s sister Shuri, but Bassett and Danai Gurira as her general Okoye also give affecting performances.

Black Panther: Wakanda Forever is a solid, enjoyable superhero movie and a beautiful send-off to Boseman.

However, it is not a return to form for the MCU and is similar in quality to Thor: Love and Thunder and Doctor Strange in the Multiverse of Madness.

In cinemas from Friday 11th November.