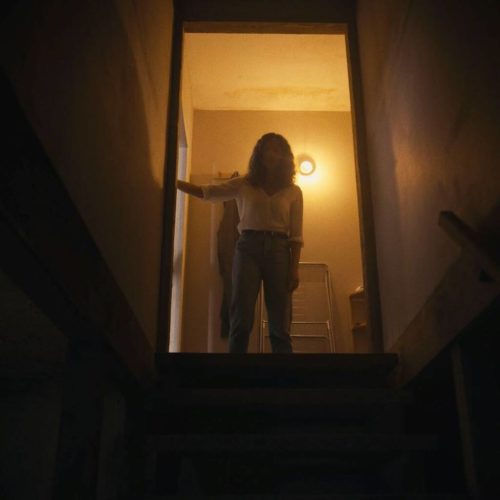 Verdict: Barbarian is one of the best horror movies of 2022 and a great movie to watch collectively in the cinema

This nerve-shedding horror follows Tess and Keith, two strangers who end up accidentally staying in the same Airbnb.

If you want to check out a new horror this Halloween weekend, you’re in for a (trick or) treat with Barbarian!

The horror, written and directed by Zach Cregger, follows Tess (Georgina Campbell), a young woman who arrives in a creepy, rundown neighbourhood in Detroit to stay in an Airbnb for one night before an interview.

But there’s a problem – a stranger named Keith (Bill Skarsgard) is already in the house.

It seems like there’s been a mix-up and they are both booked to stay there at the same time.

Against her better judgement, and because there are no available hotel rooms, Tess decides to stay the night.

That synopsis is only the jumping-off point and so much more happens after that initial setup. But because what takes place next is so unexpected, it would be unfair to reveal any more.

Try to go into this knowing as little as possible – even the trailer gives too much away.

Barbarian is smart because it is very aware of the classic horror tropes and tries to flip them or give them a fresh spin.

That means the movie is very unpredictable, it plays with your expectations and you have no idea what’s going to happen next.

However, there are some truly awful character decisions, ones which would only ever happen in a horror movie.

You might end up shouting at the screen at Tess’ dumb decision-making because, let’s be honest, she should have just left the house at the start.

The film is divided into three sections and the first is the strongest and scariest because it plays into our fear of the unknown.

You have no idea what is going to happen or what Tess and Keith are going to learn about the house’s dark history.

At a crucial moment, Cregger pulls the rug out from beneath us by cutting to a completely different storyline that features TV actor AJ Kilbride (Justin Long).

It’s infuriating because it leaves us hanging, dying to know what’s happening in the main story, but it gives us a moment to calm down after a tense sequence and it all comes full circle as AJ ends up at the house too.

Campbell, who is best known for British TV, is finally getting her chance to shine with this horror.

She is a sympathetic lead and you root for Tess’ survival, even if she makes some silly choices.

The casting of Long and Skarsgard is so interesting because Cregger plays with our expectations once again and what we assume their characters to be.

Barbarian doesn’t offer much in the way of jump scares but it is a stressful, intense, suspenseful watch and there are a couple of gruesome deaths and gross, horrifying moments.

Make sure you see it in a cinema – the collective experience makes it so much more fun.

In cinemas from Friday 28th October.