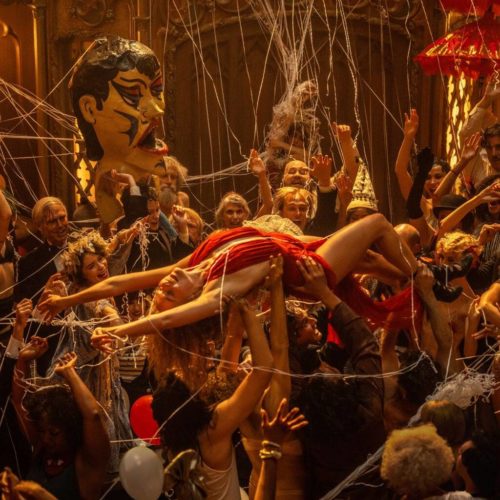 Verdict: Babylon is a wild, chaotic and ambitious epic that depicts the high and lows of the Golden Age of Hollywood

Damien Chazelle seemingly did not satisfy his Hollywood fascination with 2016’s La La Land as he has returned to the setting with Babylon.

The epic comedy-drama celebrates the movie industry and everyone who was suddenly forced to adapt to the new way of shooting sound films following the success of 1927’s The Jazz Singer.

However, Chazelle also exposes the debauched, drug-fuelled underbelly of the industry and he does not hold back, shocking the audience with scandalous X-rated scenes.

It is a warts-and-all look at Hollywood at the time and the graphic content may put some people off.

Also, at three hours and nine minutes, Babylon is excessively long and it really didn’t need to be.

There is a disturbing segment towards the end that is completely unnecessary and could have easily been cut. The film should have ended 30 minutes earlier than it did.

While there are issues with the runtime and the shocking content, you cannot deny that Babylon is a remarkable film technically, with spectacular cinematography and production design, as well as another solid score from Chazelle’s collaborator Justin Hurwitz.

The way the camera moves around during the big set-pieces is particularly impressive.

The crazy opening party features so many characters and moving parts.

And the camera moves around them in meticulously-timed long takes, which are also used during Jack’s movie shoot and an outdoor lot of silent films shooting side by side.

Robbie is the star of the show as the wild, drug-addicted gambler who cannot be tamed even though her career desperately needs an image overhaul.

Calva is the most relatable and likeable member of the core cast, while Li is captivating as the mysterious Lady Fay.

Pitt is also a lot of fun as the suave silent movie star who struggles to find success in the talkies and Jean Smart is whip-smart as the Hedda Hopper-style gossip columnist Elinor St. John.

Chazelle’s latest movie is a chaotic and ambitious epic and a filmmaking triumph that is as excessive as the parties it depicts.

In cinemas from Friday 20th January.