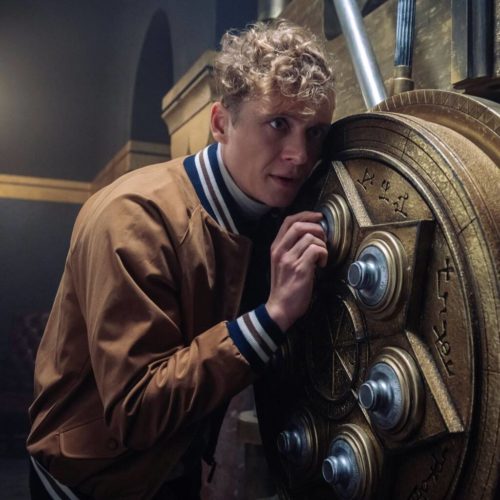 Verdict: Matthias Schweighofer is back to entertain us in this fun and light-hearted heist comedy

If you were a fan of quirky German safecracker Ludwig Dieter in Zack Snyder’s Netflix zombie movie Army of the Dead earlier this year, then this prequel is for you.

Set six years before the events of that film, Army of Thieves tells the story of how Sebastian (Matthias Schweighofer), a small-town bank teller with a YouTube channel about his safecracking knowledge, became the famous go-to safecracker Ludwig Dieter.

It follows Sebastian as he is approached by career thief Gwendoline (Nathalie Emmanuel) and recruited to join her team as they attempt to heist a series of legendary, impossible-to-crack safes across Europe.

If you’re under the impression this is going to be anything like Snyder’s zombie action movie then you’ll be very mistaken – this is a completely different film with a different tone – it’s a heist comedy with a romantic subplot and is much more light-hearted and fun than its predecessor.

You don’t even need to watch Army of the Dead to follow and enjoy Thieves, which is directed by its leading man.

With the exception of Sebastian/Ludwig being in both films, you wouldn’t really know that they’re even connected to each other until the end.

However, it does make some references to the beginning of the zombie outbreak via TV broadcasts and Snyder remains involved as a producer with a story credit.

The heist attempts and watching Sebastian cracking tricky safes is very entertaining, but there weren’t any real stakes involved as you have no doubt that he’s going to succeed.

Schweighofer doesn’t always get the tone quite right or manages to successfully balance the action, comedy and romance – the love story element could have been ditched – but it’s an amusing watch.

Sebastian/Ludwig was the standout character in Army of the Dead because he had a sense of humour and a kooky personality compared to the serious action types. That is still the case here, although the character’s a bit more annoying with added screen time.

Emmanuel brings her Fast and Furious action skills to the table as the kickass Gwendoline but her romance subplot with Sebastian didn’t convince and they should have stayed just friends.

Their heist crew also featured Ruby O. Fee as the hacker Korina, who has an amazing sassy attitude, Guz Khan as getaway driver Rolph, who doesn’t really do much, and Stuart Martin as the obnoxious American muscle man Brad Cage.

Army of Thieves is probably enjoyable as a whole more than Army of the Dead as it is fun, entertaining and doesn’t take itself so seriously, plus viewers get to spend more time with the best character in the franchise.