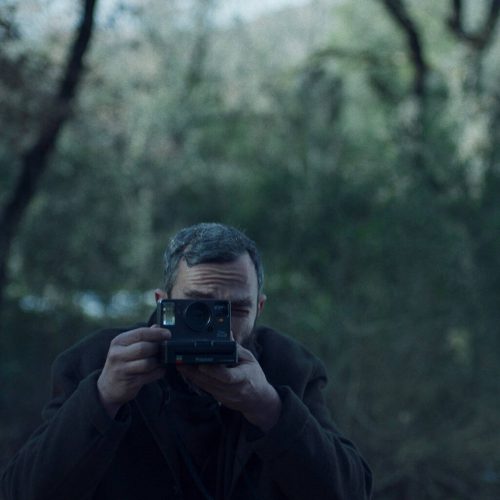 Apples, executive produced by Cate Blanchett, was tapped to open the 2020 Venice Film Festival in September and was selected as Greece’s entry for the Best International Film Oscar, but was ultimately not nominated. It’s finally getting a U.K. release this week.

Christos Nikou’s directorial debut is set amid a pandemic that causes people to develop amnesia out of the blue and tells the story of Aris (Aris Servetalis), who completely forgets who he is while travelling on the bus.

As he has no form of identification on him and his relatives don’t try to find him, he is enrolled in a recovery programme that helps unclaimed patients create new identities and lives.

Aris is given money and a new home and regularly receives tapes from the programme’s leaders instructing him what to achieve next – ride a bike, go to a bar or go to the cinema, for example – and he must take photographs to prove he’s completed the tasks.

He befriends fellow unclaimed amnesiac Anna (Sofia Georgovassili) at the cinema and they support each other as they work through the instructions.

Apples is a smart, thought-provoking film. It makes you wonder what it must be like to suddenly lose your identity and have no recollection of what has happened in your life up until that point.

To help Aris begin his new life, the programme leaders devise a blanket arbitrary list of what they deem to be essential human experiences but the tasks become increasingly more challenging and unrealistic, so, as a viewer, you can’t help but wonder if you would continue with it or strike out on your own if you were in that position.

While the concept is very cool and clever, the execution won’t please everybody. Apples is a subtle and understated piece and is also pretty quirky, offbeat, and darkly funny, with several laugh-out-loud moments.

As the film is led by a taciturn lead character, we spend a lot of time just observing him as he carries out these tasks so bringing Anna into the mix was a smart move because her chatty and friendly nature provides a good balance to Aris.

Servetalis and Georgovassili do a commendable job of portraying characters who have no identity and are simply rediscovering themselves as they go. Servetalis makes for an intriguing and mysterious lead, with Aris being something of an enigma due to his reserved personality.

Apples is an original, intelligent film that will make you think long after the credits roll.

Available exclusively on Curzon Home Cinema from Friday 7 May.