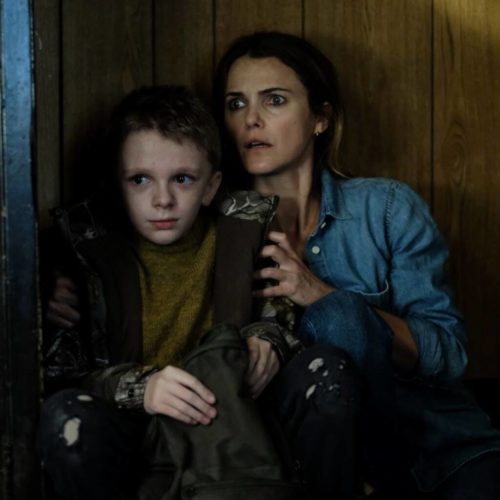 Verdict: Antlers has a strong premise, gruesome and horrifying moments and an impressive performance from Keri Russell but never quite comes together

After being delayed numerous times as a result of the pandemic, Scott Cooper’s creature feature Antlers finally comes to cinemas in time for Halloween.

The film stars Keri Russell as Julia, who recently moved back to her small hometown in Oregon to live with her brother, local sheriff Paul (Jesse Plemons), following the death of their abusive father.

As the new teacher in town, she becomes concerned about the welfare of young student Lucas Weaver (Jeremy T. Thomas), who is showing warning signs of abuse, and she sets out to investigate his home situation – little does she know that he’s hiding a supernatural creature in his house.

With Antlers, Cooper has successfully created a dark and moody atmosphere filled with buckets of tension and a sense of dread and foreboding.

It is unlikely to make you jump but you might wince at some of the disgusting body horror moments and bloody and violent deaths and feel grossed out by the ugly and horrifying creature, based on the mythological wendigo.

Thankfully, Cooper makes the wise decision to not reveal the beast in its entirety until the end because, as is often the case, a creature is more terrifying when you have to imagine what it looks like and knowing its appearance can ruin its effectiveness, which is certainly true for Antlers.

The horror has a strong premise and the story is slowly revealed over time to keep us intrigued about the creature but also about the trauma Julia and Paul suffered in the past.

However, the narrative didn’t quite come together in a satisfying way and the film ultimately felt a bit too slow and serious.

Russell deserves praise for her impressive performance as an abuse survivor whose return to her childhood home brings back memories she’s tried to bury. She sees herself in Lucas and has a fearless determination to protect him.

Plemons is known for giving incredible performances but his turn in Antlers doesn’t stand out as anything special when compared to his other roles. It’s a shame because we know he’s capable of so much more.

Antlers will give horror fans their fix of gruesome gore but very little else this Halloween.

You can’t help but wonder what the film would have been like if producer Guillermo del Toro – a pro at the creature feature – was in the director’s chair.