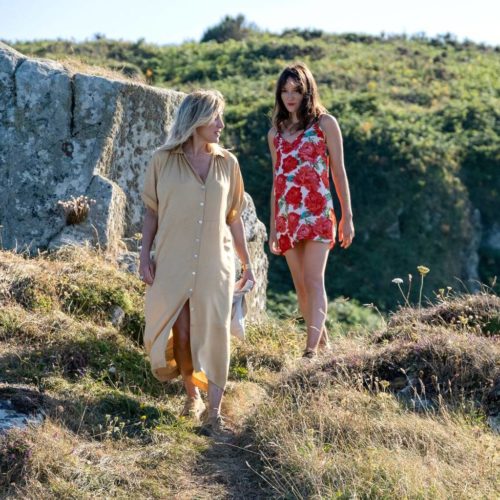 Verdict: Anaïs in Love is a delightful queer French comedy with a brilliantly funny and charming lead

If you like films such as The Worst Person in the World and Frances Ha – about women trying to figure out love and life – then Anaïs in Love will be one for you.

The French comedy-drama, written and directed by Charline Bourgeois-Tacquet, tells the story of Anaïs (Anaïs Demoustier), a flighty and messy young woman who dodges commitment and makes impulsive decisions without a care for the repercussions.

After calling it quits with her boyfriend Raoul (Christophe Montenez), Anaïs begins an affair with a much older man named Daniel (Denis Podalydès) after meeting him at a party.

When he refuses to leave his longtime live-in partner Emilie (Valeria Bruni Tedeschi) for her, Anaïs becomes obsessed with learning more about the writer and attends a retreat in the country to get close to her.

Anaïs is one of the most fully-realised and well-written female characters you’ll see on screen of late.

She is a fascinating creature – a free spirit who is always broke, running late, behind on rent and reluctant to get a job – and so very watchable.

You can understand why so many characters fall for Anaïs – she is captivating, oozes charm, and her pursuit of love and happiness is a joy to observe.

We may not approve of all her decisions but she’s not supposed to be perfect – she’s a normal human being who makes mistakes.

Bruni Tedeschi serves a good counterbalance for Demoustier. Anaïs is a hectic whirlwind but Emilie is more mature and takes her responsibility as a writer seriously, although she becomes increasingly more distracted by her new friend and possible love interest.

Bourgeois-Tacquet has written a brilliant screenplay that feels so natural, authentic and well-observed.

The way Demoustier handles Anaïs’ motormouth dialogue is impressive – it doesn’t feel scripted at all.

The film has a good mix of comedy and drama. There are some hilarious scenes verging on farce in the first half but these eventually give way to plenty of tender, meaningful moments later on once Anaïs goes to the retreat.