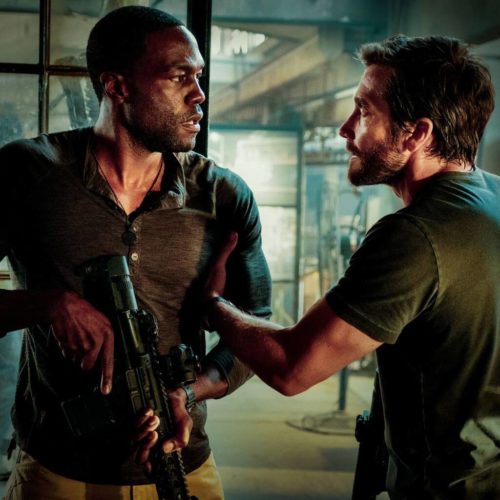 Verdict: Michael Bay's latest blockbuster is ridiculous, chaotic and occasionally thrilling but far longer than it needs to be

Michael Bay’s brand of action mayhem is back on screens once again so brace yourselves for explosions, car chases and lots of gunfire!

Danny insists he doesn’t have that kind of cash lying around – but Will could help him get it and much much more if he joins his crew’s latest bank heist.

When the bank job goes wrong and turns into a gunfight between the robbers and the LAPD, the brothers hijack an ambulance and take paramedic Cam (Eiza Gonzalez) and her patient hostage.

Considering the police are aware of their getaway ambulance and give chase from very early on, you would expect this film to be over and done with in about 90 minutes.

Yet somehow, Bay has managed to stretch this concept out to 2 hours and 15 minutes, which is absolutely unnecessary.

So how does he manage to do that? Well, Bay keeps throwing obstacles at the robbers which they somehow overcome and the police keep making mistakes at every turn.

The concept is ridiculous to begin with but it gets even more ridiculous as it goes on because it makes no sense for the chase to last as long as it does.

There are moments when the film feels fun and genuinely quite thrilling and intense, but as it goes on, you might start to feel bored and ready for the drama to be over.

It is also quite entertaining in certain parts and there are laugh-out-loud moments, some of which were intentional jokes and others which were so stupid you couldn’t help but laugh. Conducting surgery with the help of doctors on a video call is one of those!

To reflect the chaos of the situation, Bay employs lots of rapid and dynamic camera movements.

The camera hardly ever stays still, even when the scene simply involves characters talking. Your eyes never get a moment to rest from all the jolty moves and it can become quite overwhelming and almost disorientating.

However, there are some interesting and creative camera movements elsewhere, with drones swooping up and down the sides of Los Angeles skyscrapers and flying under bridges and through small gaps.

The lead three actors are all capable of giving strong, nuanced performances but the film doesn’t call for that. Gyllenhaal basically spends the movie being stressed and yelling.

Thankfully, Abdul-Mateen II and Gonzalez give some humanity to their characters, who are both caught up in a situation they don’t deserve to be in. They are much softer and calmer and offer balance to Gyllenhaal’s Danny.

Bay is well-known for the type of movie he creates and he is incredibly consistent – Ambulance is exactly what you would expect from him, for better or worse. Make sure you check your brain at the door!

In cinemas from Friday 25th March.