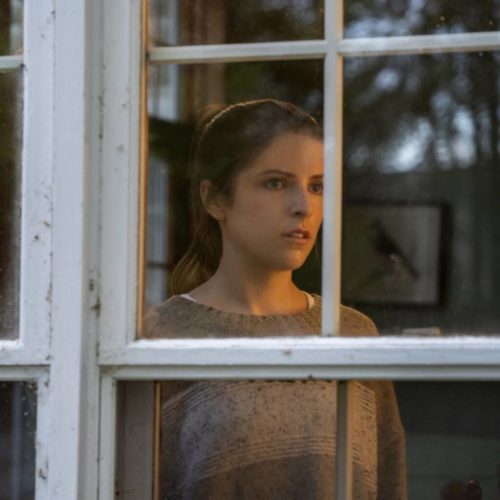 Verdict: Alice, Darling is a quietly poignant drama with a career-best turn from Anna Kendrick

Anna Kendrick plays a woman suffering in a psychologically abusive relationship in this powerful drama.

After some time away from our screens, Anna Kendrick returns with her career-best performance in .

The psychological drama, directed by Mary Nighy, tells the story of Alice, who is being emotionally abused by her boyfriend Simon (Charlie Carrick), a British artist.

She is a shell of her former self and unrecognisable to Sophie (Wunmi Mosaku) and Tess (Kaniehtiio Horn), her two best friends since childhood.

To celebrate Tess’ birthday, the trio go to a holiday home for a week and Alice begins to reassess her relationship with Simon and open up to her friends about what has been going on behind closed doors.

Simon has worn Alice down to the point where she has no confidence, self-worth, or personality left.

She is withdrawn and constantly terrified about displeasing him but puts a mask on it and pretends she’s OK to others and gets defensive if they suggest something is wrong.

The film makes you realise how difficult it must be to recognise emotional abuse and leave that situation.

It also highlights the importance of a support system and having people to talk to about it.

Simon doesn’t get a lot of screentime – it isn’t necessary as his presence looms large even when he’s not around – as the focus is on Alice and her friends trying to bridge the divide he’s wedged between them.

Their friendship is profound and moving. Sophie and Tess feel helpless not knowing what’s wrong with Alice and the concerned way they look at her says so much more than their words.

Kendrick returns to the screen with a bang with this film.

She is best known for her musical and comedy work but she should do more dramas as she is terrific here.

The actress has openly admitted that her own experience in an emotionally abusive relationship informed her performance and her personal connection to the material makes it all the more moving.

Horn portrays the more combative member of the friendship group; Tess challenges Alice and tries to get her to be honest with tough love, while Mosaku’s Sophie is soft, gentle, and understanding.

Alice, Darling is a quietly poignant drama with an outstanding turn from Kendrick.

In cinemas from Friday 20th January.