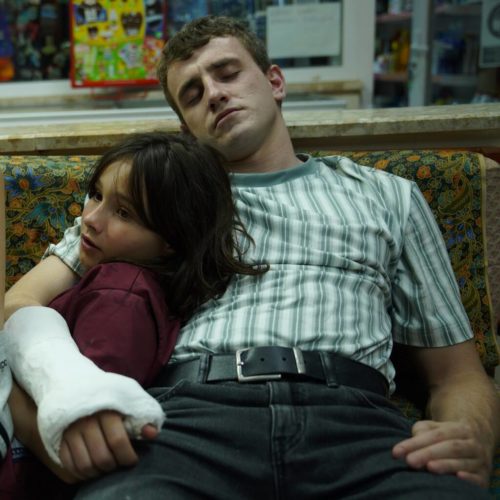 Verdict: Paul Mescal and Frankie Corio are sensational as a father-daughter duo in this subtle but incredibly moving drama

Paul Mescal and Frankie Corio play a father and daughter who go to a holiday resort in Turkey in the ’90s in this moving drama.

Aftersun has won rave reviews throughout its film festival run this year, and now, audiences can finally discover what the acclaim is all about.

Written and directed by Charlotte Wells in her feature directorial debut, the ’90s-set drama stars Paul Mescal as a young father and Frankie Corio as his daughter, who is only 20 years younger than him and is often mistaken for his sister.

Just before Sophie returns to school in Scotland, where she lives with her mum, the 11-year-old goes on holiday to Turkey with her 30-year-old dad, who lives in England.

The film also cuts to the present day, where an adult Sophie (Celia Rowlson-Hall) reminiscences about the experience and reflects on her relationship with her dad.

Some people may find Aftersun too slow because it’s not conventional or particularly plot-driven.

We spent a lot of time just watching Calum and Sophie as they do various activities in and around the resort.

That sounds boring but it’s not because their relationship is interesting to watch, Corio is quite the character and it’s a joy to see Sophie having fun.

Aftersun is quite subtle and understated.

Wells does not give us a lot of backstory about these characters but she divulges all you need to know.

She shares the bare minimum of details and more information would have been nice but unnecessary – she trusts us to work it all out by observing her characters rather than spoon-feeding their history to us.

The flashes forward to adult Sophie suggesting that everything is not what it seems.

Wells eventually pulls the rug out from under us towards the end and packs an emotional punch. It may leave viewers in tears as the credits roll.

Mescal found fame with his emotional performance in Normal People and he brings the same inner depth to Calum, who puts on a happy face for Sophie but it slips occasionally.

However, Corio is the main reason why the movie is so good.

The newcomer was picked out of over 800 applicants to play Sophie and it’s easy to see why.

She is such a natural – it doesn’t seem like she’s acting at all – and her bond with Mescal is very convincing. She’s outspoken, funny, and the camera loves her.

Aftersun will not work for everyone because it is quite vague and restrained.

However, all of Wells’ decisions work and she has created a profoundly moving film that you’ll probably be thinking about long after the credits roll.

In cinemas from Friday 18th November.