Our Top 10 Hidden Horror Gems to Check Out This Halloween 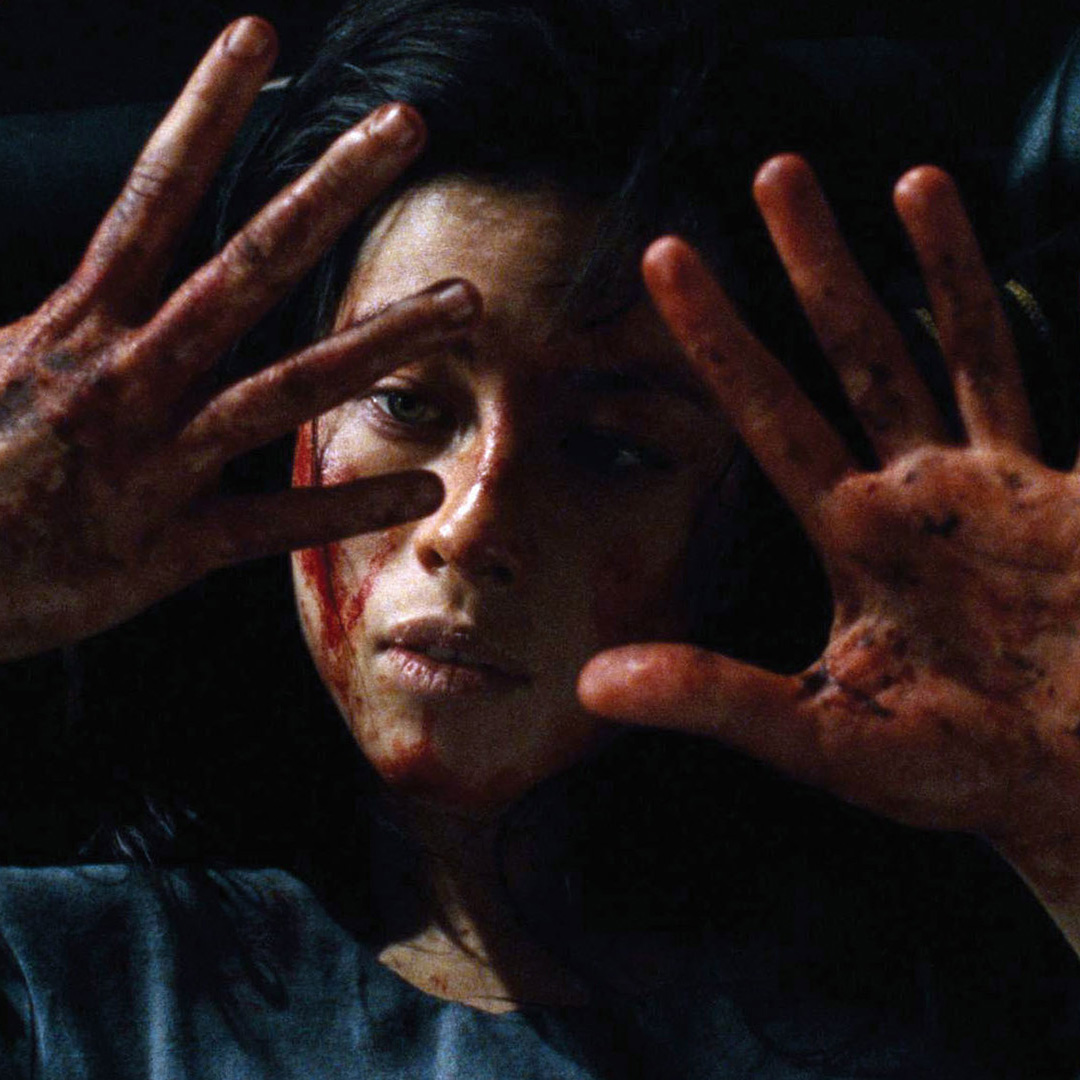 There is a war on Halloween. Every year, Christmas, the asthmatic swollen beast that it is, extends its garish uninvited tendrils a little further.

Christmas is the gluttonous abyss, a swirling, shimmering hellscape of overplayed songs, annoying outfits, and culinary excess. A vile parody of Western decadence that will not take no for an answer.

It has already claimed November; it must not take October.

Halloween is my favourite holiday. It’s a humble monument to the macabre and the delightfully kitsch, and it’s the only holiday dedicated to difficult emotions – anxiety, dread, evil.

While Christmas suffocates us with comfort, Halloween is an invitation to challenge ourselves, to face our fears, an invitation to celebrate discomfort, to embrace the freakish and bizarre, to be scared, together.

There’s no better way to do this than through horror cinema.

Halloween is one of the only holidays that can ride on an entire cinematic genre, and I’d wager for every great Christmas movie, there’s at least 10 great horror movies.

What makes me love horror especially, is its transgressive power, its ability to annihilate social boundaries and dig into humanity’s inky black heart.

You can dive deeper and deeper into horror and find ever more fascinating experiences.

Each October, I have a little marathon of horror movies, and in so doing I’ve found all kinds of strange little gems and curios.

Here are a few that you can use to resist the scourge of Christmas, to bolster the power of Halloween: 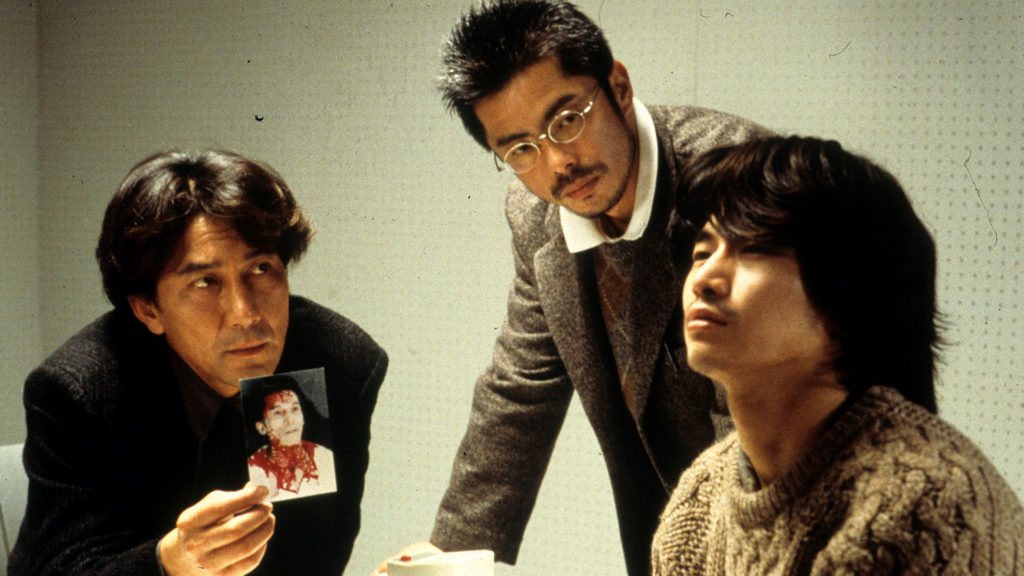 A genius work of Japanese detective suspense, Cure is creeping wraith in film form, that comes on completely unassuming and casually guts you with icy violence and razor sharp surrealism.

The staging of each scene, the blocking and camera work, is enthralling and masterful.

Kurosawa has an uncanny instinct for extracting dread from simple images – 2 men on a beach, water leaking from a beaker.

The third act is deeply haunted, deeply haunting, with one of the most memorable endings I’ve seen in a while. Somehow it makes it all look effortless. 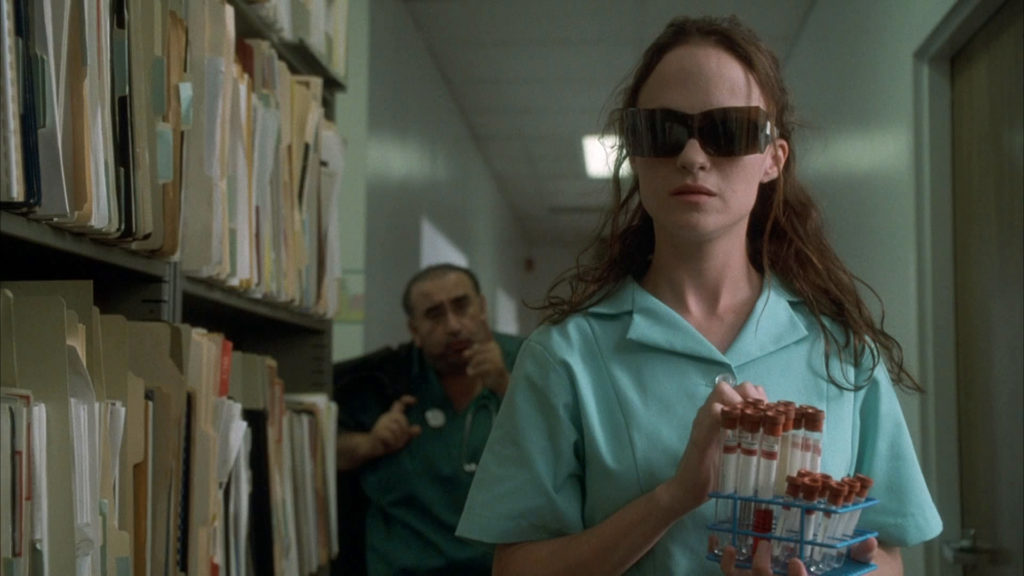 May is a psychological horror film about a profoundly lonely young woman, May, who tries desperately to find love and make new friends.

Angela Bettis is radiant as our unstable protagonist. It’s a shame she didn’t get more leading roles after this.

She fluctuates so easily between vacant child-like mania, morose loneliness, and intense obsession. The way she listens is incredibly studied and complex.

Her performance brings a great deal of uneasiness to the film and balances it with soft melancholy.

While it has some fabulous gore and wickedly creative horror, May is a great deal melancholier than many of the films on this list.

It’s easy to envision a world in which Tumblr’s ‘sad girls’ fell madly in love with this film. 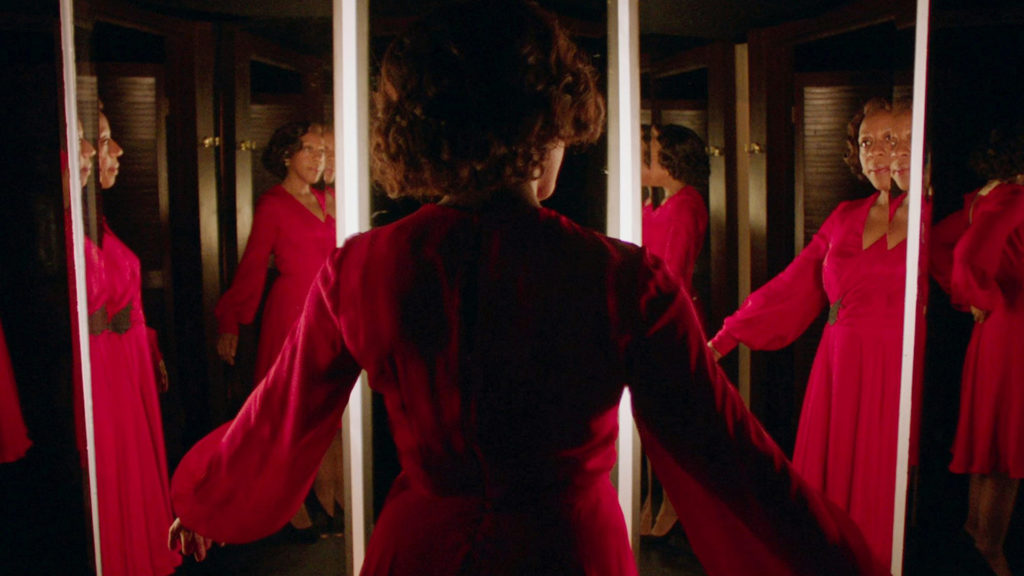 Perhaps the weirdest entry on this list, In Fabric follows a cursed dress as it makes its way from person to person during a busy retail period.

It’s one of the most creative tear-downs of consumer capitalism I’ve seen, packed full of genius surrealist touches and off-kilter comedic beats.

It’s A24 but it’s way more fun than the average A24 “elevated horror” picture.

Director Peter Strickland has a phenomenal sense for colour and texture.

Comparisons to Lynch are not far off either, but in many ways it’s weirder than Lynch. In Fabric comes from a completely different dimension. 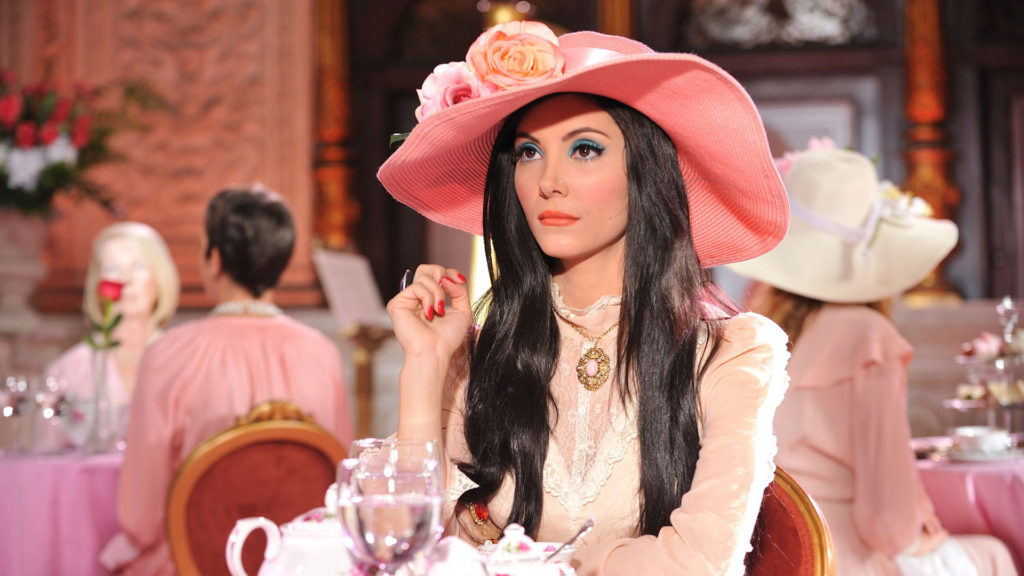 The Love Witch follows Elaine, a beautiful witch who’ll do anything to find a man.

It infuses 60s psychedelia with a whole heap of B-movie camp, and tunnels into its unique brand of feminism through this prism.

The result is a deconstruction of gendered romance that’s deeply accessible and funny, and it retains its charm and visual splendour throughout.

If you enjoy costuming especially, you owe it to yourself to watch this film. 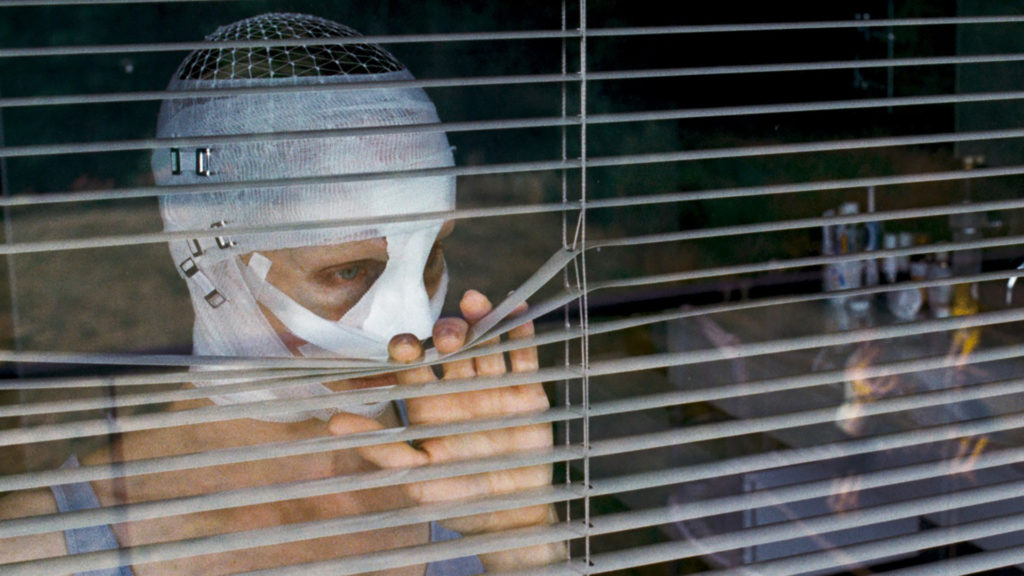 A wonderful little German horror film that recently received an Amazon remake that, fortunately, nobody watched.

Goodnight Mommy is a seedy little domestic horror film following two twins who must determine whether the bandaged woman returning from surgery is actually their mother.

This relies on a quiet, creeping dread that slowly estranges our characters from their home, with hints of Todd Haynes’ Safe in the way it alienises the suburban.

The cinematography is gorgeous, contrasting the cold modular logic of the home with lush outdoor spaces.

Prepare for some harsh body horror in the last 15 minutes. Goodnight gets mean. 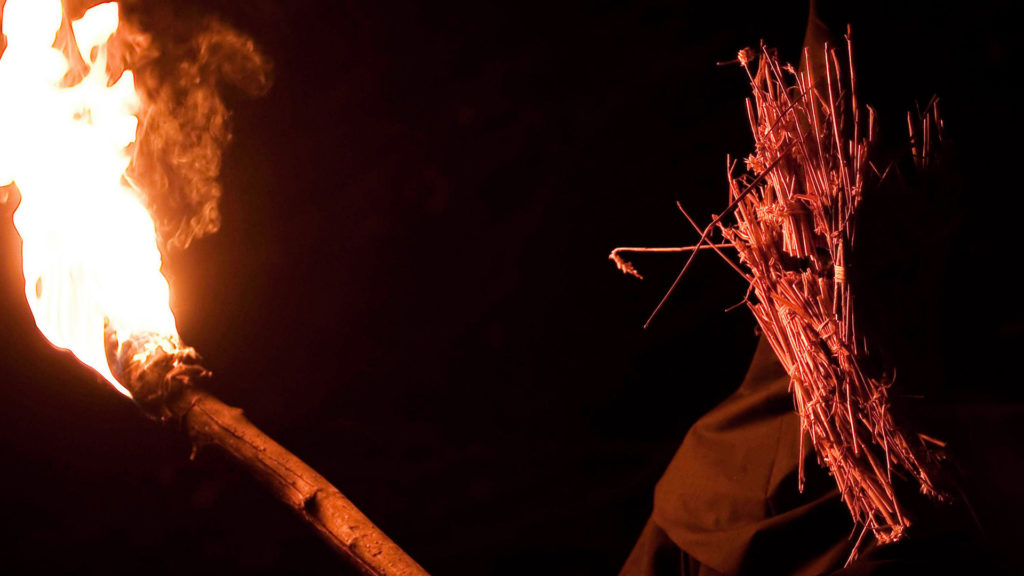 Believe it or not, Ben Wheatley used to make excellent inspired movies before the buckets of mediocre sludge he churns out now. Kill List is one of his early career movies.

We live in an age of post-modern takes on hitmen who are either insufferable quipping Ryan Reynolds types or super cool sociopaths who love killing (admittedly I’m partial to the latter).

It comes on as black comedy only to twist the knife on you with a genre shift in its third act.

Neil Maskell and Michael Smiley are a real dream team, and it is depressingly fitting that these two overlooked titans shine in obscurity here. 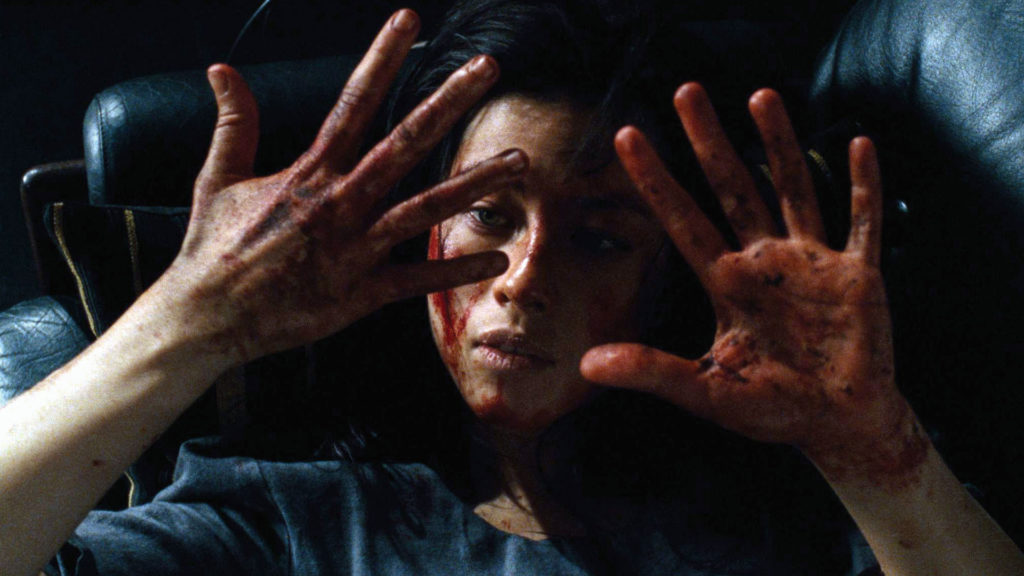 I’m generally in agreement with the age-old idiom that art should comfort the disturbed and disturb the comfortable.

Sometimes, however, I think the disturbed could benefit from being rattled. Martyrs is one of the few films up to the challenge.

This is a film that grabs you by the throat from the first frame and drags you all the way down to hell.

Martyrs follows Anna’s quest for revenge against the shadowy group that kidnapped and tortured her as a child. Of course, it’s much more than that, but it’s grim from the word go.

It runs the entire horror spectrum, a whistle stop tour through every horror subgenre out there, from home invasion to medical horror to cults and religious trauma.

Martyrs quietly has some of the best gore in film history and remains the most harrowing movie I’ve had the privilege of watching.

The ending is perhaps the closest we’ve come to capturing the true void on film. 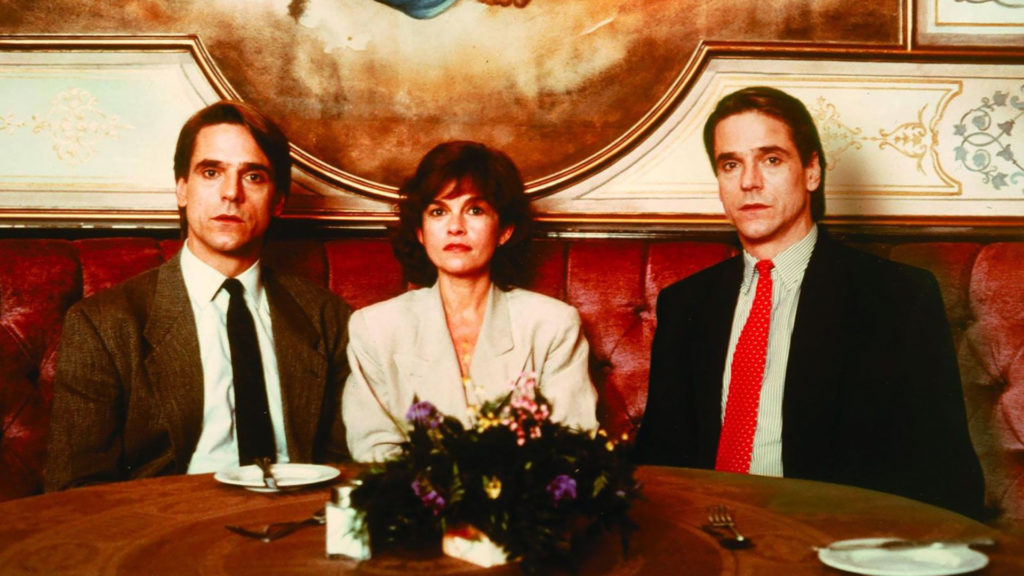 A chronically overlooked Cronenberg picture, and a strong contender for one of his best films.

Elliot has affairs with his patients and when he gets bored of them, he hands them over to Beverly.

Problems emerge when Beverly falls hard for one of their victims.

Despite being the certified “body horror guy”, Cronenberg goes for a much more understated kind of social horror in Dead Ringers, focusing on freakish behaviour rather than freakish anatomy.

Elliot and Beverly are excellent subjects for study, terrifying in their conjoined complexity, and deeply tragic. Jeremy Irons is phenomenal in the joint role, offering excellent contrast to both characters. 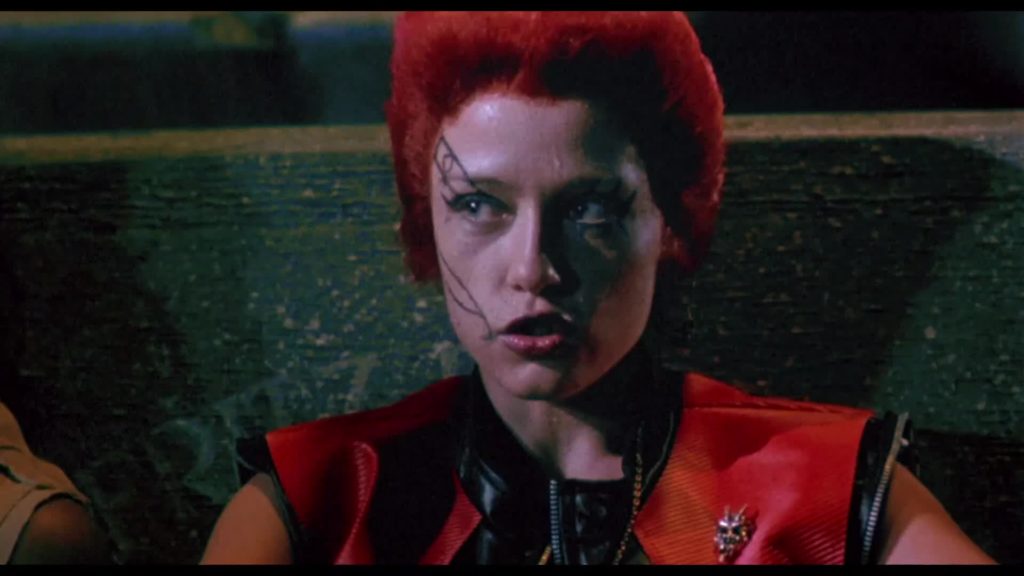 Pure unadulterated punk chaos. Return of the Living Dead sees a gang of street rats teaming up with a gaggle of morticians as they fight for their lives against a zombie outbreak.

It’s unapologetically sleazy in that charming 80s B-movie kind of way, the kind of sleazy that features a punk called Trash giving an impassioned strip tease on a gravestone.

Make no mistake though, Return is an important slice of horror history, being the first film to feature running zombies (nope, it wasn’t 28 Days Later).

It lends the proceedings a real sense of manic urgency, characters just barely surviving at each turn. Deliriously fun from top to bottom. 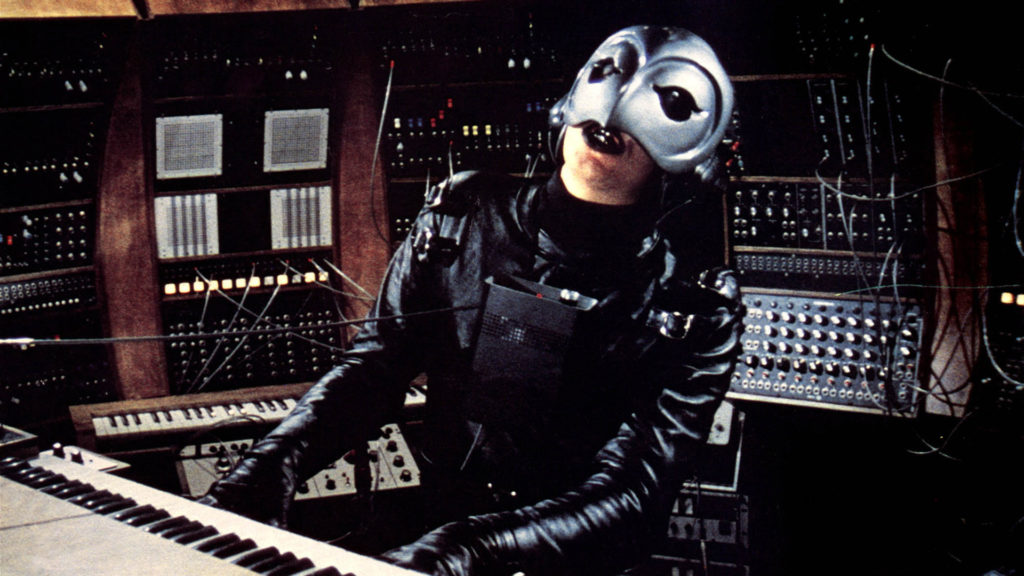 It follows songwriter Winslow Leach in his attempts to bring down Swan, a record producer who stole his song.

Despite some delicious camp, this remains a damning indictment on exploitation in the music industry, and it’s just as relevant now as when it first released.

Paradise started out in the same circles as Rocky Horror, but it never quite reached the same acclaim.

Nonetheless, Paradise has a fanatical cult following, and its influences are felt across cinema and beyond.

To give you an idea of its reach, popular medieval adventure manga Berserk borrowed Winslow’s design for its main villain. Edgar Wright still hosts regular screenings of Paradise.

If you know, you know.

What film will you be watching this Halloween? Let us know!