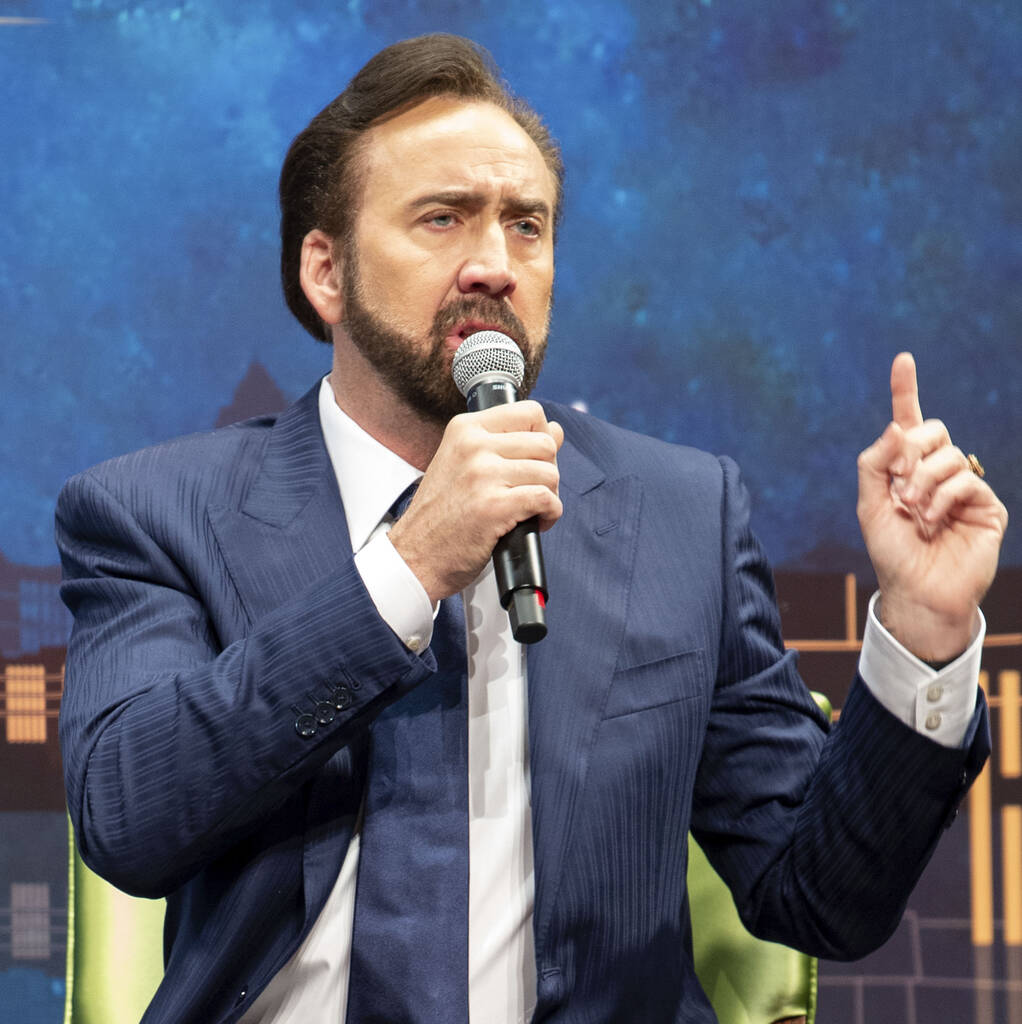 Nicolas Cage ended his chances of a role in the superhero movie The Green Hornet with his bizarre behaviour.

Nicolas Cage lost out on a role in Seth Rogen’s movie The Green Hornet after suggesting he use a Caribbean accent.

Rogen met Cage as he and his screenwriting and production partner Evan Goldberg began their casting process for the 2011 movie, in which the Knocked Up star played the titular superhero.

They had a series of phone calls before meeting in person, and during one conversation, the National Treasure star explained how he wanted his character to look – a bald man with tattooed hair.

“And we were like, ‘OK…’ We were kind of wrapping our heads around it,” Rogen recalled on The Howard Stern Show.

Cage decided days later to nix the idea, claiming he didn’t want to show off the look on camera because it was a makeover he was seriously considering undergoing in real life.

The comedy star shared: “I remember laughing hysterically when he said it on the phone – and then stopped, realising it wasn’t a joke.”

Their interactions with the veteran actor grew more strange when he then came up with the idea to play his character as a “white Bahamian man”, a suggestion Rogen and Goldberg agreed to discuss further over dinner at then-Sony Pictures executive Amy Pascal’s home.

However, the get-together took an awkward turn almost immediately as when Cage arrived he started showing off his Caribbean accent.

“Literally within 60 seconds, we were all seated at the house as he stands in front of us reciting a monologue, talking in a Jamaican accent,” Rogen said. “And we were just like, ‘It’s happening.'”

“(His) monologue was not in the script. Nor did it have anything to do with the script. At which point I was like, ‘I don’t think he’s even read the script,'” the This Is The End star explained, adding that it was greeted with mystified silence.

“It ends and it is like he had just completed a backflip and he’s waiting for the applause,” Rogen continued. “At which point everyone looks to me to express the group reaction. I was like, ‘It was OK. Cool. Thanks. We should talk about it. That’s not how we pictured the character.'”

Confused by the lack of praise, Cage’s posture “instantly fell”, and he decided to make a prompt exit.

“We all sit down for dinner and almost right away he just gets up and leaves,” Rogen revealed.