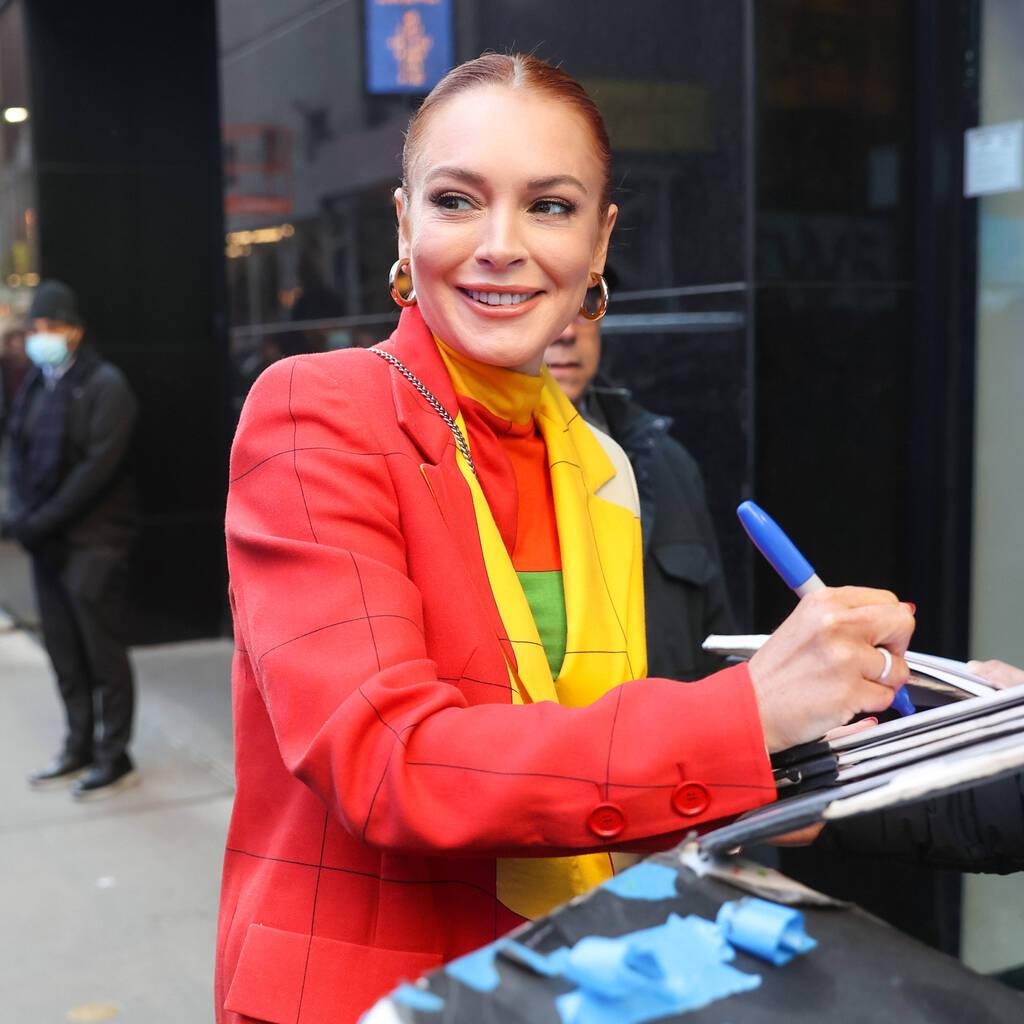 Lindsay Lohan revealed how real snow had to be supplemented with fake because it didn’t look good enough on camera while filming Falling for Christmas.

Lindsay Lohan and the Falling for Christmas team faced “a full-on blizzard” during the final day of filming the festive movie.

In the Netflix holiday film, the Mean Girls star plays a spoiled heiress who suffers amnesia following a freak skiing accident and is looked after by Chord Overstreet’s cabin owner Jake.

Speaking to Vogue, Lindsay revealed the challenges the team faced in transforming the set into a winter wonderland.

They either had not enough or too much snow and the real snow had to be supplemented by fake snow because it didn’t look good enough on camera.

“We’d either have no snow or tons of snow-too much snow. The last day we were shooting, it was a full-on blizzard,” she shared. “One thing that I learned about the snow is that even when there’s real snow, it doesn’t shoot as pretty as fake snow. Even when we had real snow, we still were adding foam or paper snow.”

The 36-year-old filmed her comeback movie in Park City and Salt Lake City in Utah in November and December last year. She noted that having Christmas decorations on set instantly made the cast and crew happy.

“Behind the scenes, when you set up the Christmas decorations and make it Christmassy, it changes the tone of everyone working on set,” she beamed. “Everyone immediately gets happy, and that really helps when you’re filming, because you have this different kind of energy where everyone’s giddy all the time. That was really nice.”

Falling for Christmas is currently streaming on Netflix.