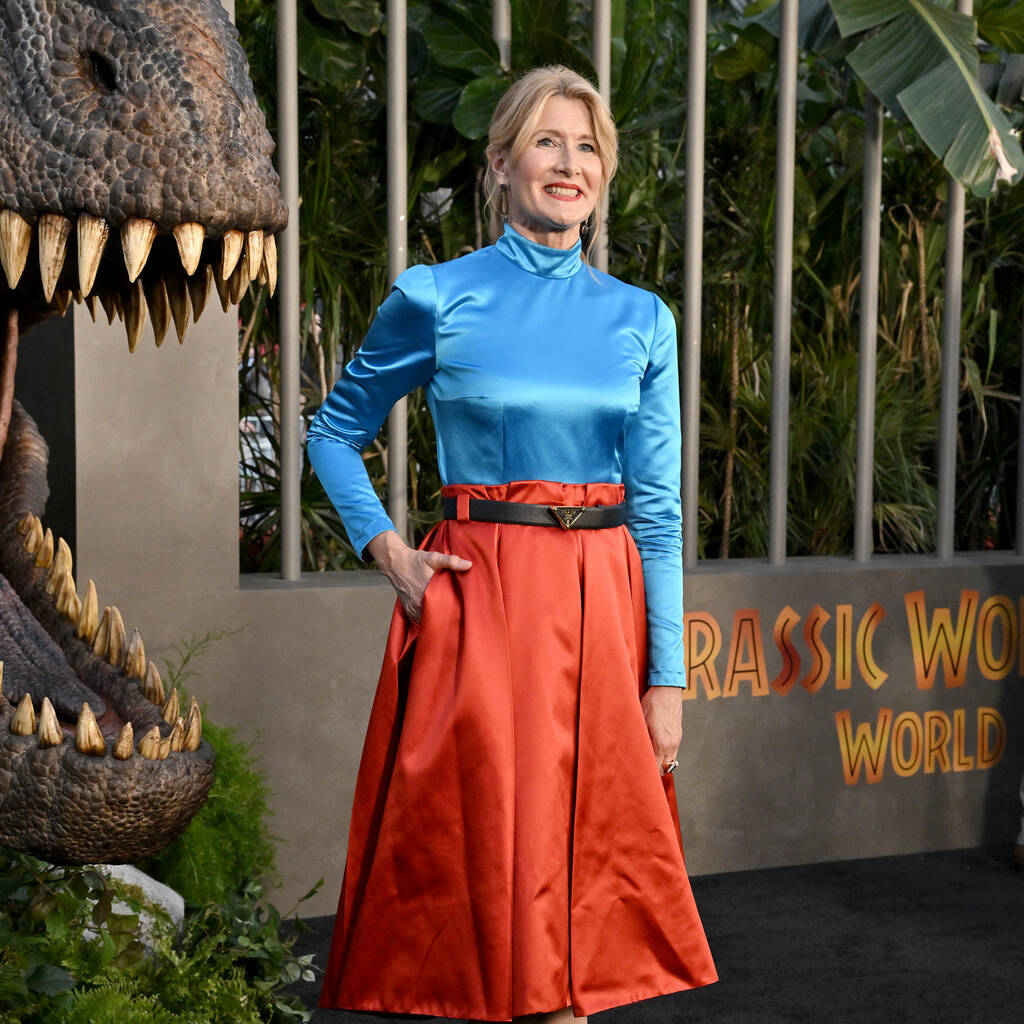 The trio worked together on 1993’s smash hit Jurassic Park.

The sight of Laura Dern, Sam Neill and Jeff Goldblum shooting their first scenes together on the set of Jurassic World Dominion brought the crew to tears.

The franchise got a new lease of life in 2015 when Colin Trevorrow made Jurassic World, and for his third outing, Trevorrow managed to bring the old and new cast together.

Recounting her first days on set, Laura told Vogue: “I saw Sam in his tent at the dig site on my first day, and that was already such a nostalgic sight. And the scene was all about reconnecting with each other, so there was something very special about it.

“I walked on set some days later and Sam had Dr. Grant’s hat on, then I turned to the right and there comes Jeff walking towards me in his black leather jacket. The three of us climbed into a jeep to start shooting our first scene, and when we looked out through the windshield at the crew, people were crying.

“Colin was taking pictures and saying ‘We’ve gotta text this to Steven!’ We all got so nostalgic because we had this palpable feeling of Jurassic Park being such an iconic movie for so many movie lovers. So that day felt pretty special. I will hold that in my heart forever, and I know Steven will too.”

Admitting that for many years it had never occurred to her that she’d one day revisit her character, palaeobotanist Dr. Ellie Sattler, Laura explained that she felt protective over her most famous alter ego when she signed on for Jurassic World Dominion, which is in cinemas now.