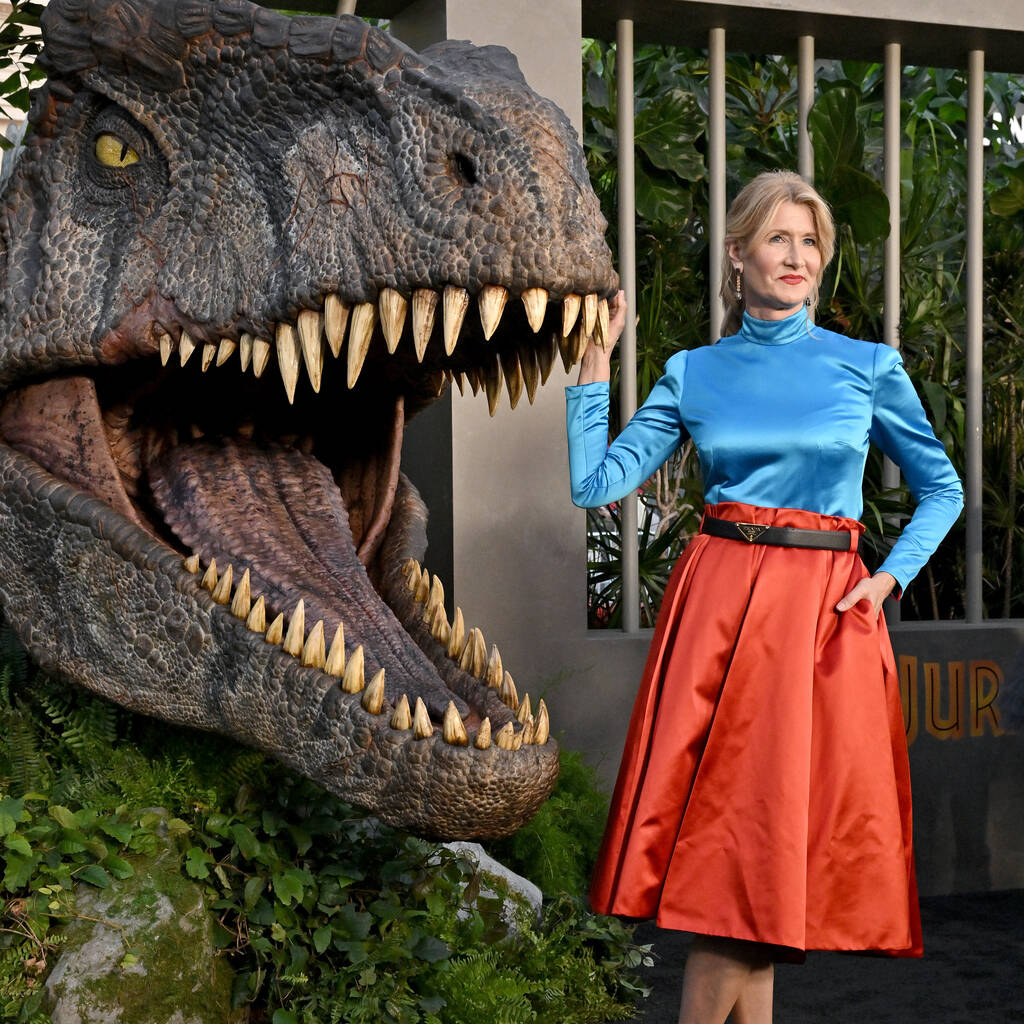 Jurassic World Dominion is the latest film in the Jurassic Park/World franchise.

Returning for the new film, she says director Colin Trevorrow showed her stories that indicated some of the gene-editing technology from the films is now a reality, even if dinosaurs haven’t been brought back yet.

“(There are) genetically modified mosquitoes being released in Florida to help potential disease issues. A swarm of locusts seen over Kansas who weren’t eating certain seeds,” she told The Guardian.

“I’m reading these articles and I’m like: we ain’t in science-fiction any more! Jurassic Park is an everyday story now! Other than a T rex walking down the street.”

Dern fears for the future of the planet but hopes people power can convince firms and governments to turn away from practices and technologies that may harm it.

“Considering other people’s safety and wellbeing should be our priority,” she said. “Nurturing our soil, reforesting, sacrificing our dependency to eating beef and cheese. We’re the consumer.

“So if we say we’re not gonna buy things that are genetically modified and sprayed with petrochemicals, then put on a truck in a ton of plastic and shipped to our house, because we’d rather have them today than in three days, I think we’d change a lot of companies’ mindsets.”