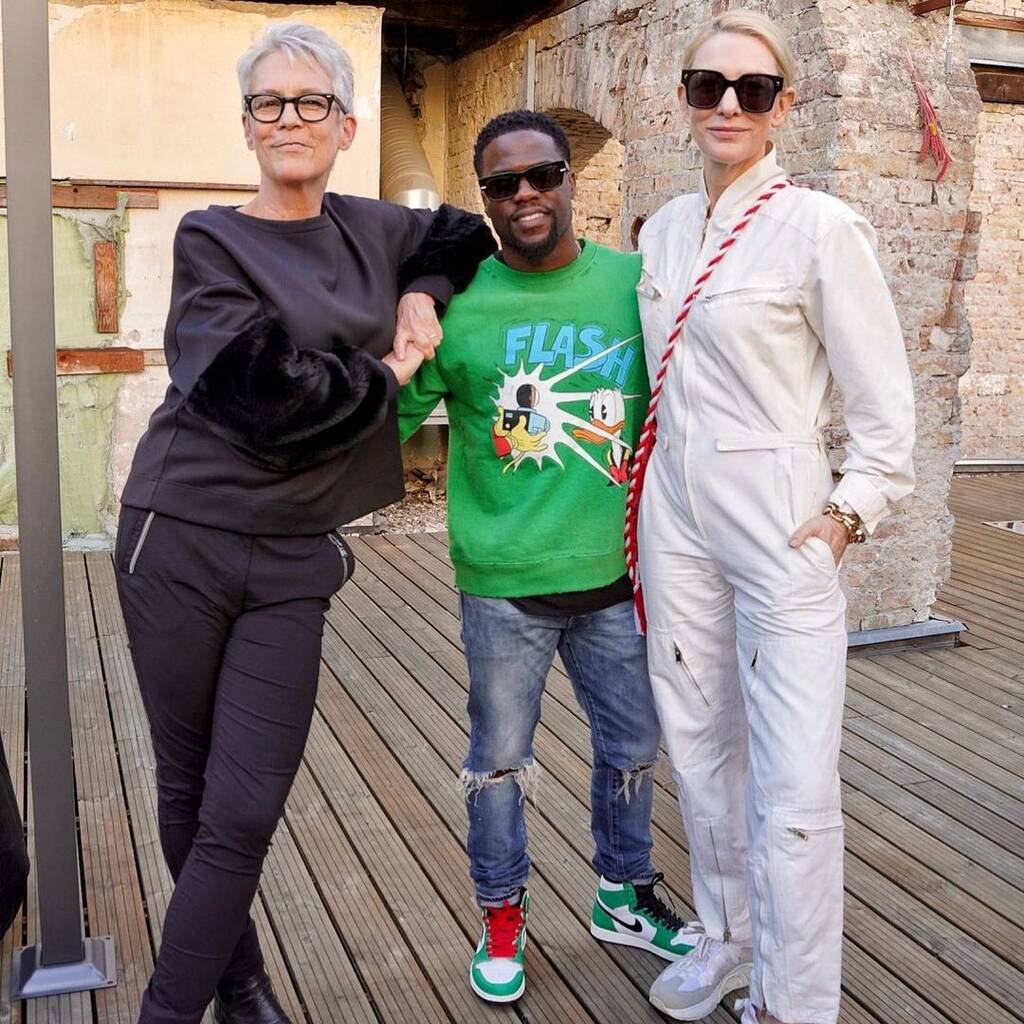 The funnyman will be playing skilled ex-soldier-turned-mercenary Roland in the upcoming flick.

Back in January, it was announced that the 41-year-old was joining the big-screen adaptation of the hit video game, set to be directed by Eli Roth.

Blanchett was the first to be attached to the project and will be playing legendary thief Lilith in the sci-fi drama, while Curtis signed up to portray Dr Patricia Tannis in February.

In a recent Instagram post, Hart shared a picture of himself alongside the leading ladies and shared that he was honoured to be sharing the screen with the Hollywood icons.

“Working with two legends @curtisleejamie & Cate Blanchett and loving every minute of it. It is such a honor ladies…. ‘Borderlands’ the movie is really shaping up to be something special. All I can say is WOOOOOOW!!!!!! So much respect for the both of you and the rest of our cast & crew…… #Borderlands #ComingSoon,” he wrote.

Plot details have been kept under wraps, but the original story of the hit video game, which was launched in 2009, follows a group of four mercenaries who travel to an alien planet to find the Vault.