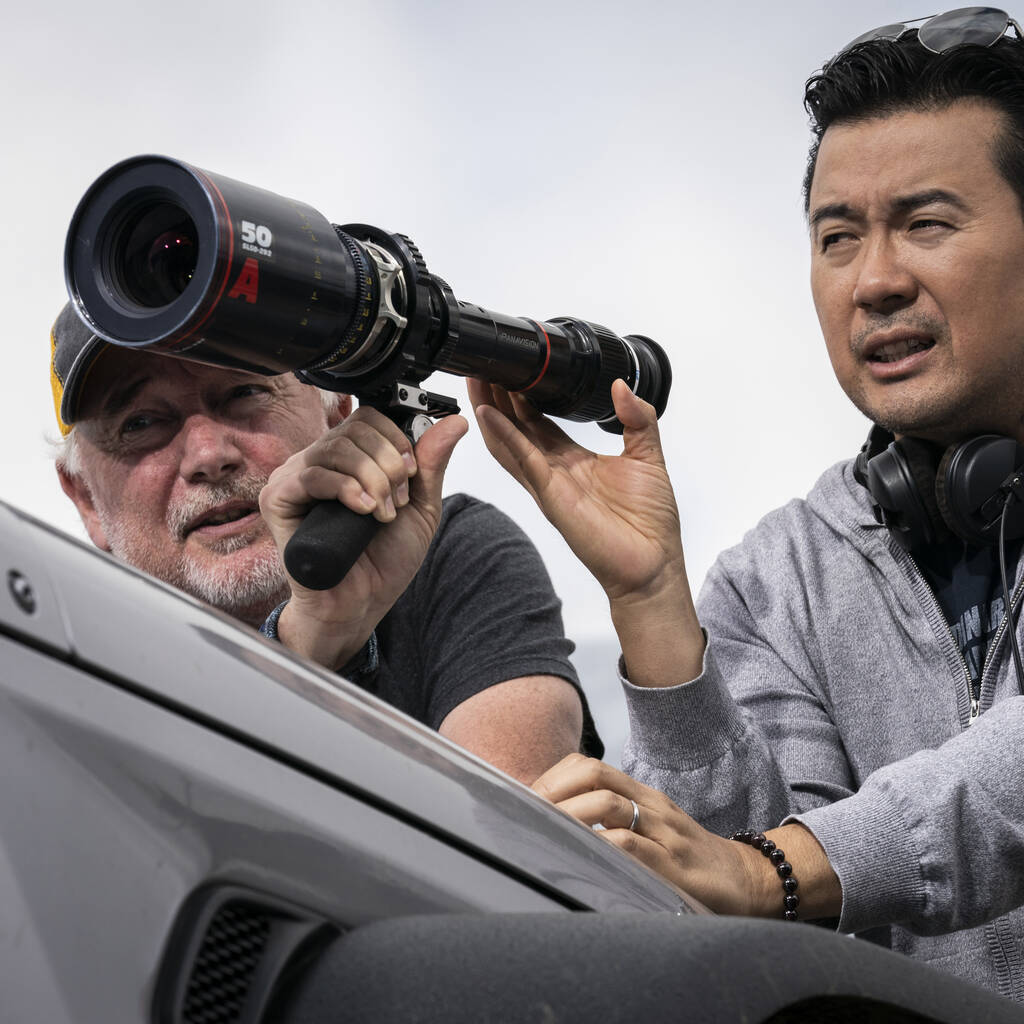 Justin Lin’s son Oqwe played around with toy cars in a meeting.

Director Justin Lin’s young son came up with the idea of using a magnet plane for a set-piece in Fast & Furious 9.

In the trailer for the high-octane movie, also known as F9, John Cena’s villainous character Jakob, the brother of Vin Diesel’s Dominic Toretto, can be seen escaping a chase by driving his car off the edge of a cliff, and Charlize Theron, reprising her role as the evil Cipher, saves him by swooping in with a magnet plane which attracts the car and whisks him to safety.

In an interview with Empire magazine, Lin, who has directed five Fast films, revealed that his son Oqwe, who was eight or nine-year-old at the time, suggested the idea when he was playing with toy cars at a meeting.

“We decided we were going to do magnets and everything (in Fast 9), and it was exciting – we were coming up with these set-pieces and stuff,” Lin recalled. “We were in London for a week, and I had my son Oqwe with me, and the only way we could hang out was that he would come the meetings with me.

“We were talking about the ravine (set-piece) and I said, ‘Alright, so here’s Roman and Tej. Jakob needs to get to the other side – how does he get there?’ And Oqwe just picked it up and pitched the idea of the plane and everything. After us spending hundreds of hours on planning, I guess he was paying attention, and he understood the characters.”

The Fast and Furious franchise has become known for its increasingly OTT action set-pieces which defy the laws of physics, and in the upcoming movie, some of the characters will go into space for the first time.

F9, which also stars Michelle Rodriguez, Tyrese Gibson, Ludacris, and Jordana Brewster, is set to be released in June after being postponed by a year due to the Covid-19 pandemic.