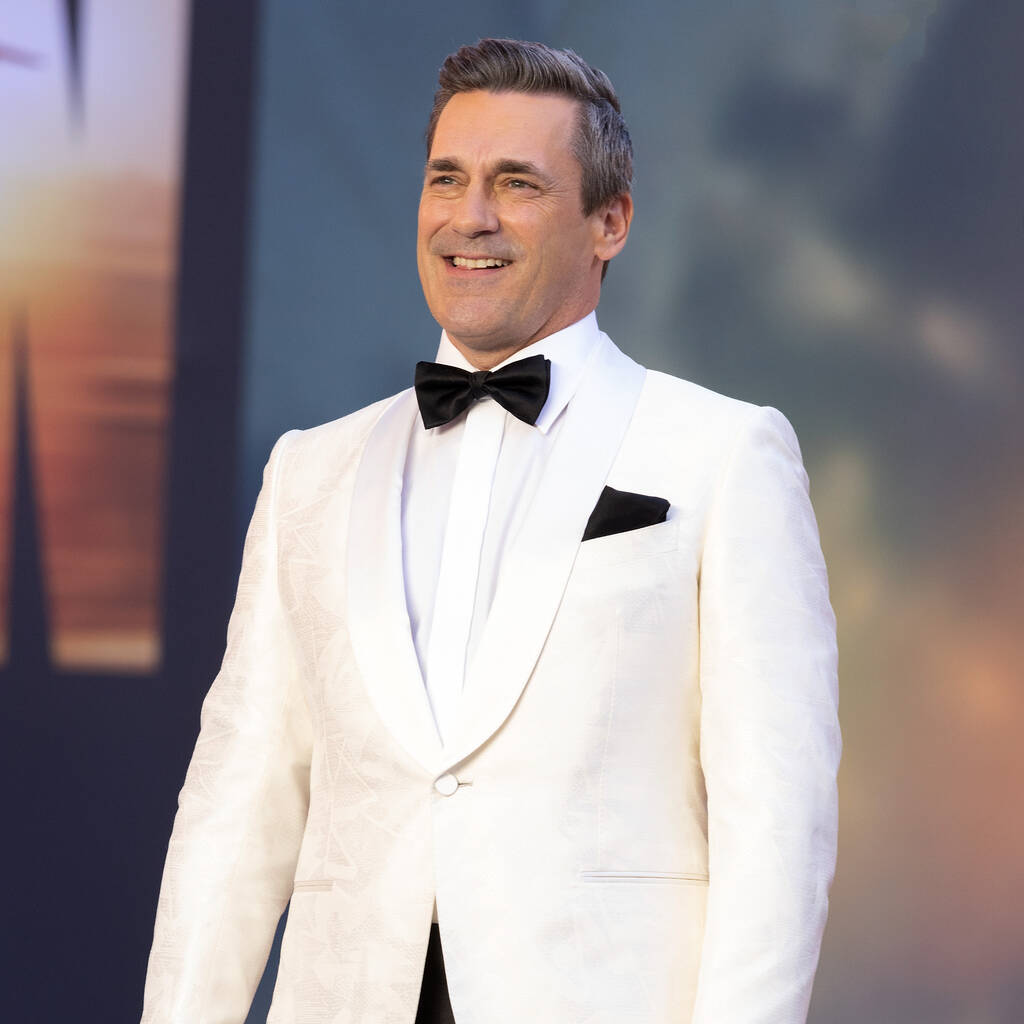 During an interview for Esquire, the Mad Men actor noted that he was relieved that his character Beau ‘Cyclone’ Simpson was not included in the film’s beach football sequence, which pays homage to the iconic volleyball scene in 1986’s Top Gun.

“I was very, very happy to leave the shirtless parts to the younger generation,” he smiled, adding that he never had to do any flight training either. “The training that the pilots went through is real. The rigours that your body has to go through just to be in those aircraft are serious… So, I was very happy that I didn’t have to go through that.”

While Hamm joins newcomers Miles Teller, Jennifer Connelly, Glen Powell, and Ed Harris in the movie, Tom Cruise and Val Kilmer reprise their roles in the follow-up. And the star was pleased to see the script has evolved to keep up with the times.

“The world is growing up as well. I think we’re seeing a much less macho iteration of (masculinity) in this film. There’s female aviators. Jennifer Connelly’s character (Penny Benjamin) has agency and has her own thing going on, and she calls Maverick out on a lot of stuff,” the 51-year-old continued. “I think there’s a lot more nuance to it. Because we live in a more nuanced age – I mean, it’s not 1986 anymore.”