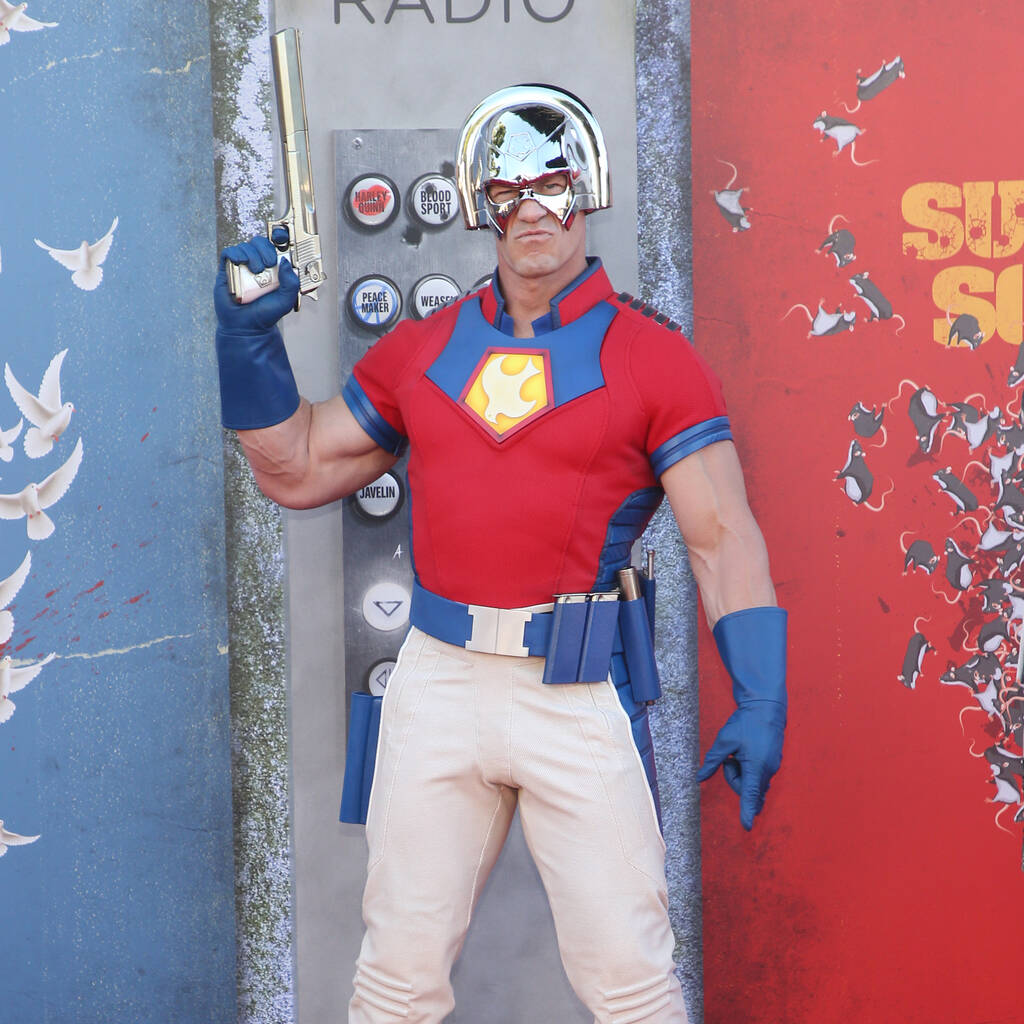 John Cena stars in the new movie The Suicide Squad, which premiered in the U.S. on Monday.

John Cena stunned fans by turning up to the premiere of his new movie The Suicide Squad in costume.

Cena plays Peacemaker in James Gunn’s new soft reboot version of the DC Comics supervillain franchise as a ruthless killer whose paradoxical aim is achieving peace at any cost.

At the movie’s premiere at Los Angeles’ Regency Village Theatre on Monday, the star eschewed the usual formalwear to don his character’s outlandish outfit – complete with silver helmet.

Speaking to the Associated Press, Cena, who previously donned the costume for an appearance on Jimmy Kimmel Live!, revealed that he wanted to introduce fans to his character, as The Suicide Squad is packed full of so many unlikely supervillains turned reluctant heroes.

“We have 25 identifiable superheroes. That’s why I’m here in costume. I’m just trying to get everybody familiar with me, but that’s what makes it wonderful,” he explained. “James (Gunn) makes you care about every single one. So if someone doesn’t make it, you feel an emotional connection.”

Also starring in the movie are Idris Elba as Bloodsport, Margot Robbie as Harley Quinn, and Joel Kinnaman as Suicide Squad leader Rick Flag, as well as a host of other stars.

Peacemaker will become more familiar to fans in future, however, as a spin-off television series starring Cena is set to debut on HBO Max in January.

Despite his embarrassing outfit, the wrestler turned actor was joined at the premiere by his wife, Shay Shariatzadeh.