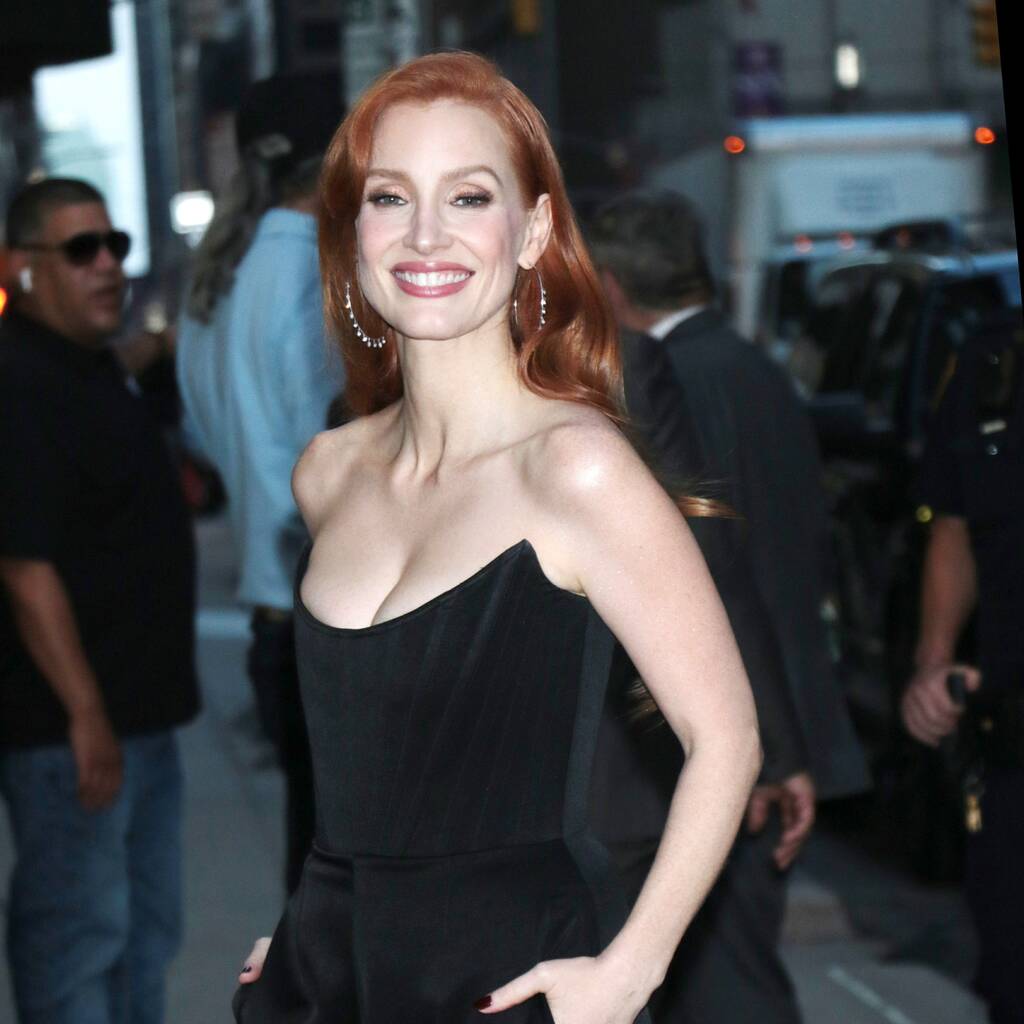 Singing wasn’t the only nerve-wracking experience for Jessica Chastain on the set of the movie, as she was also required to don very heavy make-up, prosthetics, and voluminous wigs for the part.

Jessica Chastain was “really scared” to do all of her own singing in The Eyes of Tammy Faye.

The actress portrays the titular figure in the new biographical drama, with the plot following Tammy Faye and her husband Jim Bakker’s rise from humble beginnings to creating the world’s largest religious broadcasting network.

Opening up about how she was so nervous to replicate Tammy’s singing style in an interview for the latest issue of L’Officiel magazine, Jessica revealed that she took a shot of whiskey before hitting the recording booth with music producer Dave Cobb each day.

“I was really scared. I mean, I sang in college. But like, actor singing. Cabaret and stuff, nothing like this. And Tammy Faye is a fearless singer, just like she’s fearless in her fashion and in her love – she’s a belter. She just sings it out, sings it to Jesus! And that was very different,” she told the publication. “When I went into pre-record with Dave Cobb, who I was so excited to work with, I was terrified. I showed up with a bottle of whiskey and I drank whiskey for two days while I sang.”

But singing wasn’t the only nerve-wracking experience for Jessica, as she was also required to don very heavy make-up, prosthetics, and voluminous wigs for the part.

“The first time I did the very first test with the whole prosthetic on, it was way too much, and I had a bit of a panic attack. And then when you start to go, ‘Oh God, oh God, oh God. It looks terrible.’ At that moment normally you start to sweat, and your heart is beating fast, and all that stuff makes it worse because your skin can’t breathe, and you can’t remove it because it can rip off your skin,” the 44-year-old added.