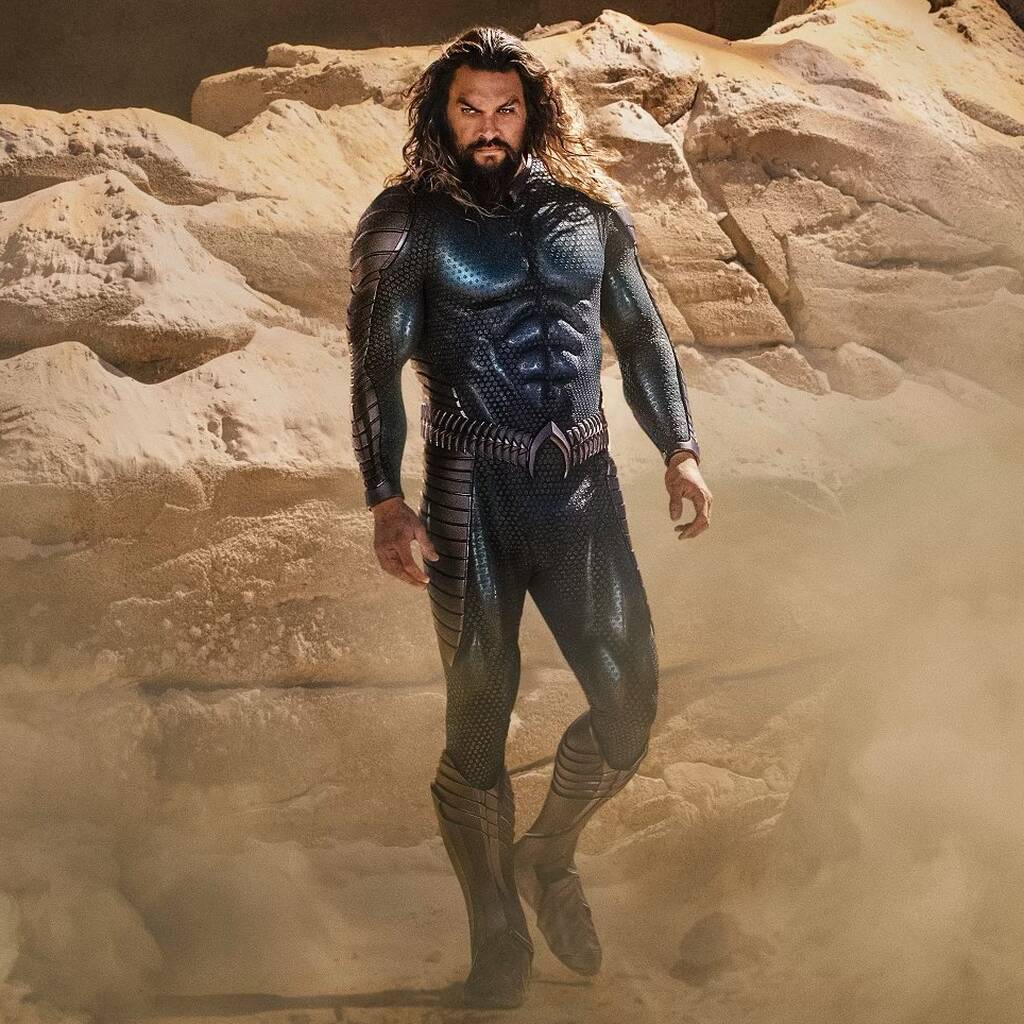 Jason Momoa’s Aquaman sequel is due for release next year.

Jason Momoa has unveiled a new look for his upcoming superhero sequel, Aquaman and the Lost Kingdom.

Momoa shared images of himself as the Atlantean title character, aka Arthur Curry, on his Instagram page.

The first snap shows Momoa in a green and orange costume that’s similar to the water-controlling hero’s original look, while a second image depicts Aquaman in an all-new darker blue costume.

The Game of Thrones hunk has been in London with director James Wan filming the sequel over the summer.

“I am finally in England,” Momoa said in a video marking the start of shooting in July. “It is sunny out, it’s amazing, and I’m gonna start Aquaman 2 tomorrow. This is the last day of the brown (hair). I’m gonna be a blonde. Supposedly have more fun. I don’t know about that. We’ll test it out. But I’m excited to see James, see my whole cast.”

Yahya Abdul-Mateen II is also attached to appear as ruthless pirate Black Manta following a minor role in the first film – and looks set for a larger part this time around.

The first Aquaman movie was a huge box office hit following its 2018 release, earning more than $1.1 billion at the global box office. The follow-up is set for release in December next year.