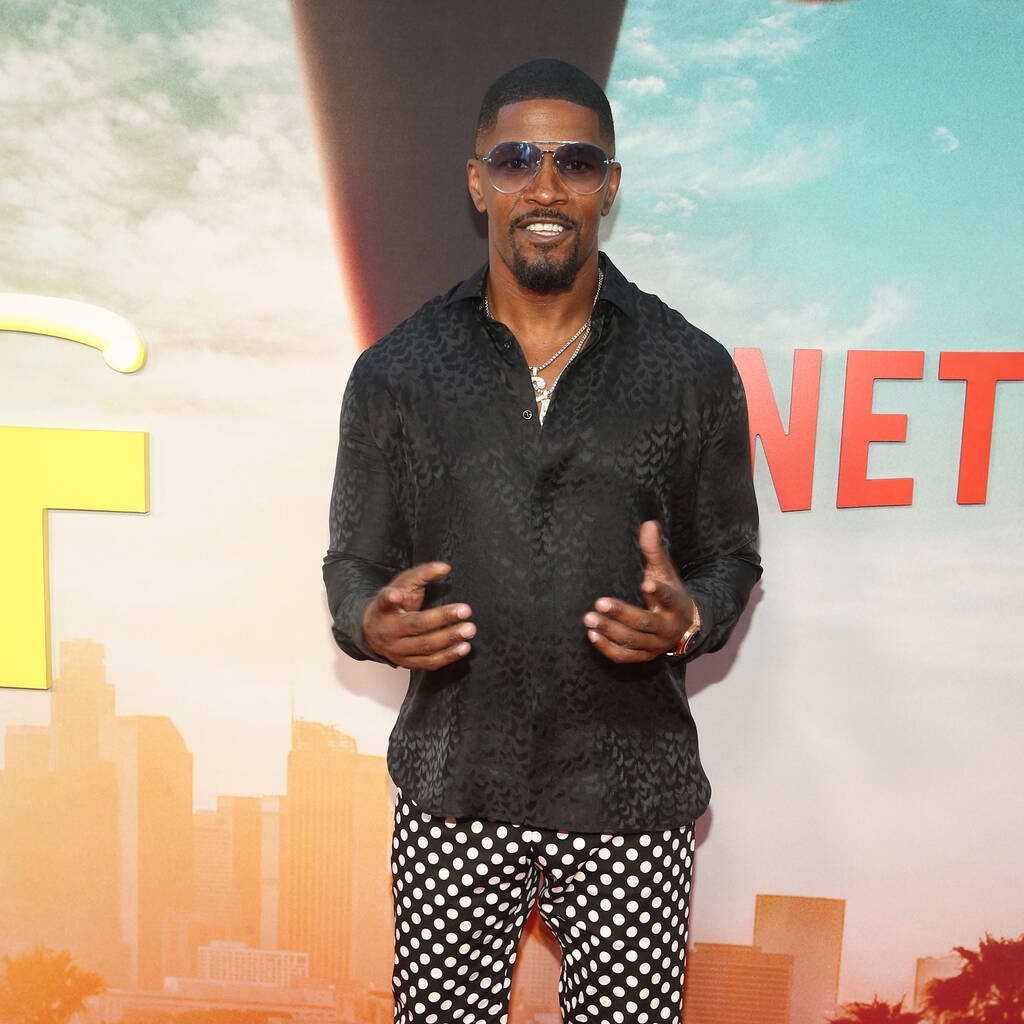 Jamie Foxx was inspired to write a song after hearing a line ad-libbed by Dave Franco on the set of Day Shift.

In the new Netflix film, the Oscar-winning actor plays Bud Jablonski – a hardworking dad who uses his pool-cleaning job as a front for his real gig: hunting vampires.

The flick also stars Dave as Seth, and in an interview with film critic Susan Kamyab, Jamie explained that he reached out to his music producer immediately after hearing the actor jokingly make a comment about one of the scenes.

“(Dave) ad-libbed an incredible line at the end of the movie, and he said, ‘Mowing down vamps with my best friend, Bud,'” he recalled. “I said, ‘Wait a minute. Say that to me in this phone,’ and he said it to me in the phone. I took that and I said, ‘We’re going to do a song,’ and I sent it to my music producer. I said, ‘I want the song to go, ‘Mowing down vamps with my best friend Bud. Hit me.’ So, we did the song, and then we ended up doing a video.”

The duo also filmed a music video for the song.

And while Dave wasn’t expecting to be involved in a song or music video, he was thrilled with how it all turned out.

“(Jamie) sends that video to his music producer within an hour, his producer has put it into a full song. He’s now playing it on set through his boombox backpack. And all of a sudden, I’m a musician,” he said during an interview for Extra.