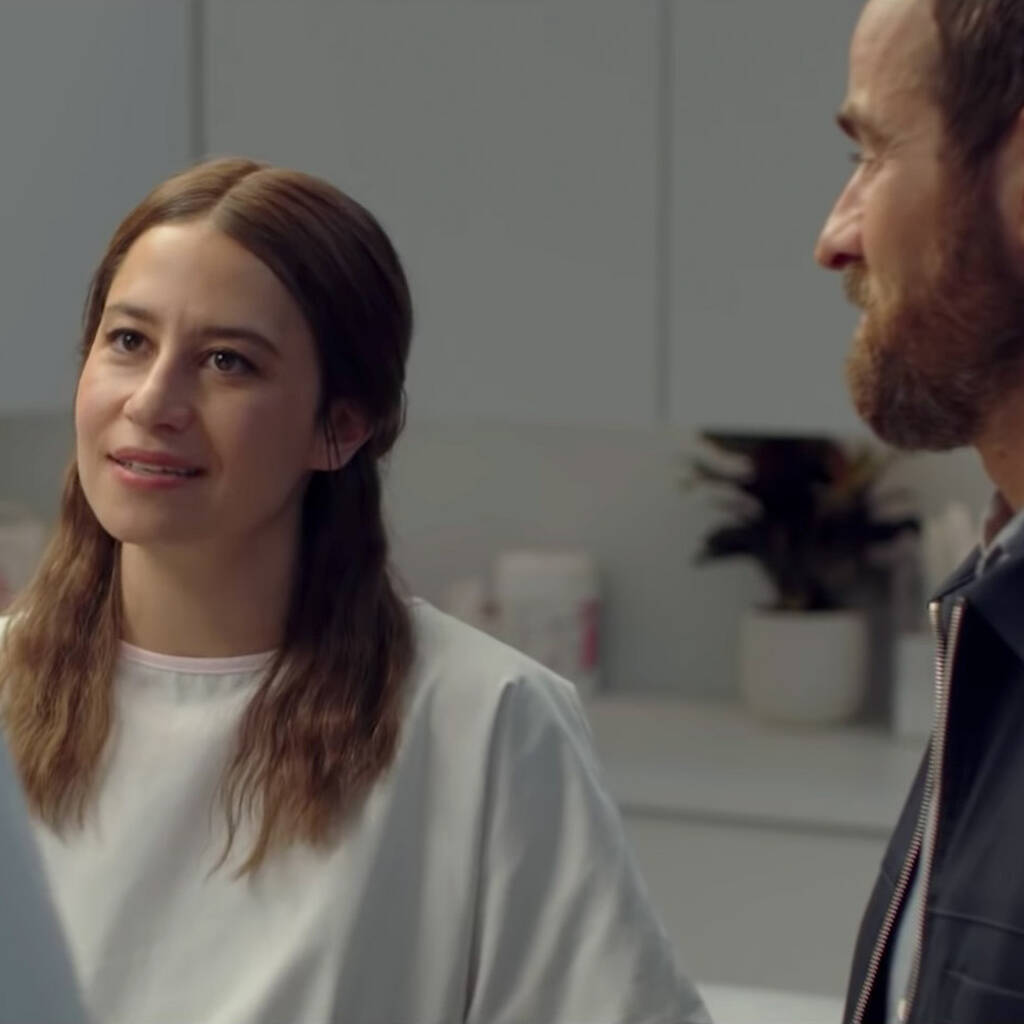 The Broad City star, who is expecting her first child with husband David Rooklin, appears in the film alongside Justin Theroux as a couple facing fertility issues.

“It’s a horror movie about how women are treated in the medical system, specifically when they are pregnant,” she said during a recent appearance on Live with Kelly and Ryan.

She closed her eyes when a clip of the movie screened, then added that her co-star Pierce Brosnan, who plays a world-renowned fertility specialist who isn’t quite who he seems, terrified her.

“Pierce is so scary in this movie, it’s shocking,” Glazer shared. “He was so good. You don’t think of someone as beautiful and elegant as he is (can) be so scary, but actually those qualities make him scarier as a villain.”

Meanwhile, Glazer is currently very close to her due date.

“I feel like it’s a boy…. I’m just feeling a male spirit,” she stated, adding that she plans to keep the baby’s sex a surprise. “Not knowing the gender makes it harder to lean in. You can actually bring the baby home for a week or two (before officially naming them), so I think that’s what we’re gonna do.

“In Judaism, you name it after a family member of the last person who died, and I’m a pretty big rule follower, contrary to what it may seem. So that, to me, is the default. I’m hoping the name will come to us.”

Glazer recently suffered a false labour incident, and ended up experiencing an awkward exchange with the doctor who examined her after he revealed he was “a big fan”.

“So now you’re going to see my vagina,” the actress quipped at the time.

False Positive is set to be released on Friday.