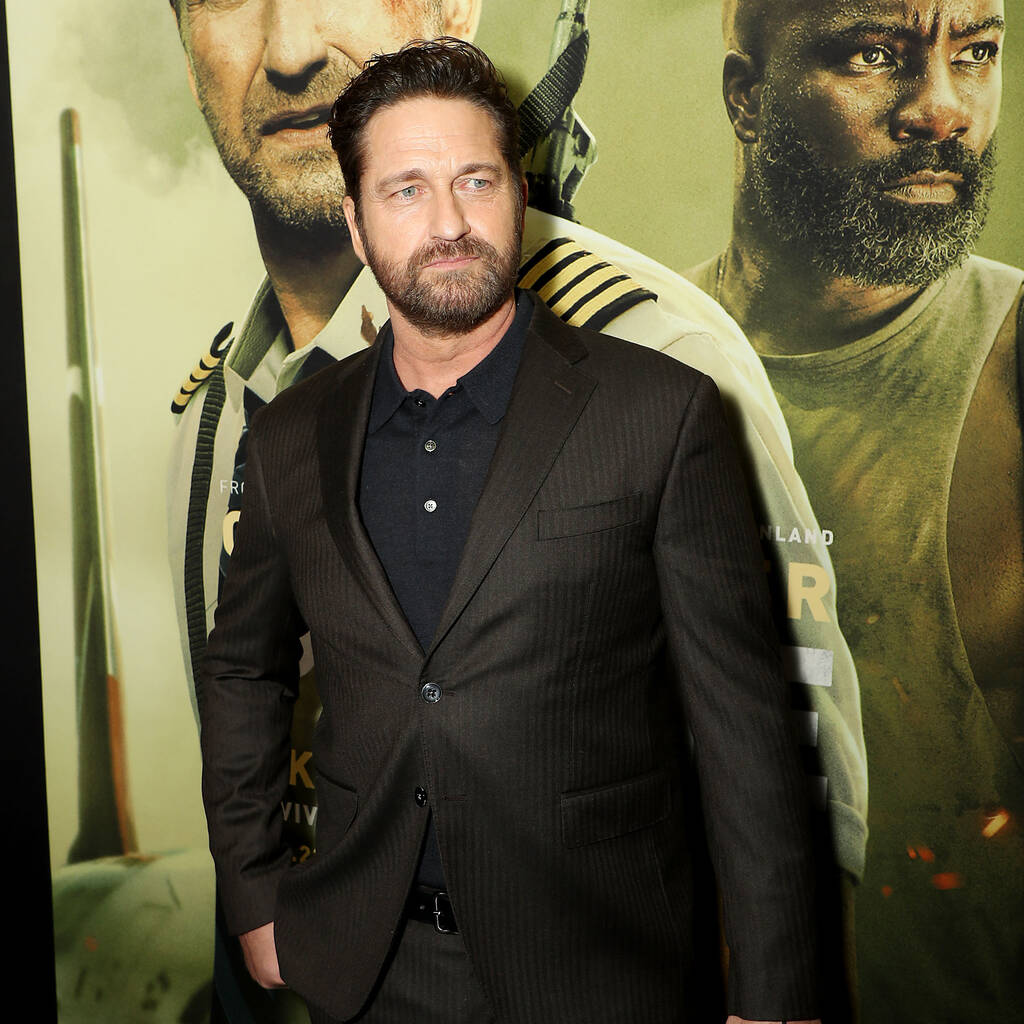 During an appearance on Late Night with Seth Meyers on Wednesday, the Scottish actor recalled how shooting one of the critical scenes in the new action-thriller led to him experiencing a medical emergency.

“I’m trying to find something that’s wrong with the plane before we can take off for this final sequence and it’s something in the wheel, so it’s a brake. So, I’m sticking my hand between these two wheels, pretending I know what I’m doing,” he recounted. “And whatever’s in there, every time I bring my hands up, they’re covered in blood and green fluid. We’re also shooting in Puerto Rico so I’m covered in sweat. I must have been rubbing my face, and suddenly, it’s in my throat, it’s in my mouth, it’s up my nose, it’s in my eyes, it’s burning my face. And I mean burning.”

Later on, Gerard discovered that he had put what is “essentially phosphoric acid” on his face.

“The airline pilots that were there watching were yelling, ‘Don’t put water (on it), it will make it worse!’ It was intense. It actually burned for hours,” the 53-year-old continued, adding that he was fine after receiving attention from medics.