A heavy-metal drummer's life is thrown into freefall when he begins to lose his hearing. 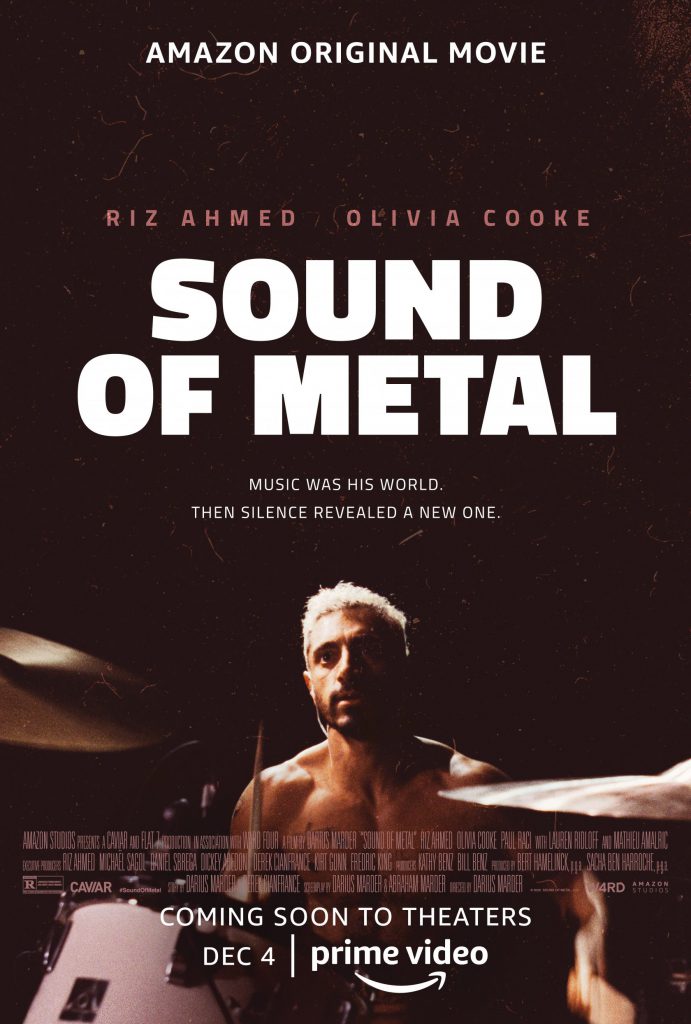 Book Cinema Tickets
A heavy-metal drummer's life is thrown into freefall when he begins to lose his hearing.

Riz Ahmed plays a drummer who starts to lose his hearing in Darius Marder’s Oscar-nominated film.

Sound of Metal has been nominated for six Academy Awards, including Best Picture and Best Actor for Riz Ahmed. Why does it deserve all these nods? Read on to find out.

The film follows drummer and former addict Ruben Stone (Ahmed), who is in a punk-metal band called Blackgammon with his girlfriend Lou (Olivia Cooke), as he begins to lose his hearing.

Concerned he may relapse, Lou calls Ruben’s sponsor Hector and he finds him a place at a rural retreat for deaf recovering addicts, where he must learn sign language and accept his newfound deafness.

Ruben is determined to have implants fitted to help him hear, which disappoints Joe (Paul Raci), who runs the retreat on the belief that being deaf is not a handicap.

Sound of Metal’s biggest strength is its sound design. It puts the audience in Ruben’s shoes and gives us a taste of what it might sound like to gradually lose your hearing. There are scenes in a crowded room yet we hear nothing but...