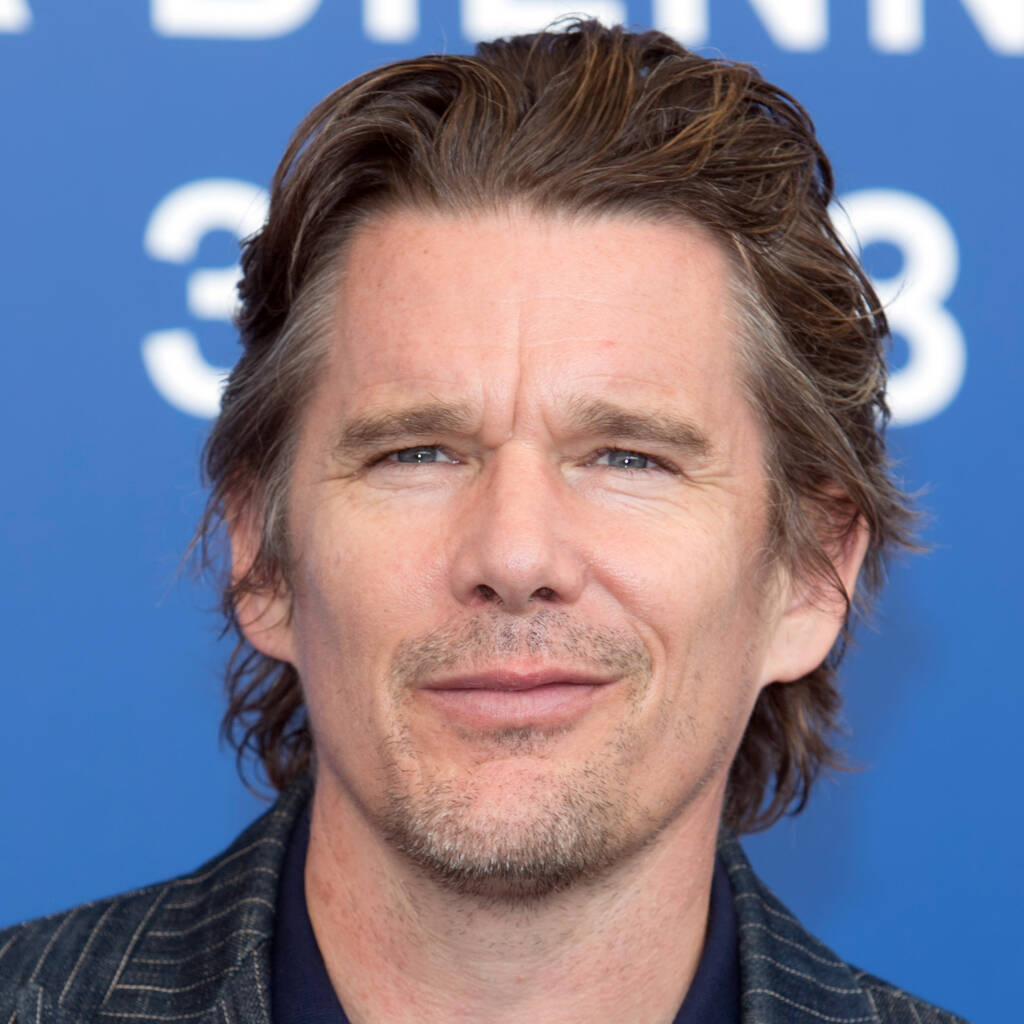 Their casting was revealed via set photos.

Ethan Hawke and Jada Pinkett Smith have joined the cast of Knives Out 2.

The Gattaca actor and The Matrix star weren’t announced as part of the murder mystery’s ensemble cast before filming began on Monday, however, paparazzi photos taken from the set in Greece have revealed their involvement.

In the snaps, Hawke can be seen wearing a light blue linen suit and dark blue suede loafers without socks, with his long hair slicked back into a ponytail. He was pictured holding what appeared to be a water pistol and appeared to fire it into Dave Bautista’s mouth.

Jada was photographed riding in the back of a golf cart wearing a multicoloured maxi dress and safety visor.

The plot for the follow-up to the 2019 movie is being kept under wraps and it has not been revealed what characters the new cast members are portraying.

Johnson announced on Monday that filming had commenced in Greece.

“Aaaaaaaand WE’RE OFF!” he tweeted, alongside a picture of a camera set up beside a picturesque bay. “Day one of filming on the next Benoit Blanc mystery. Thanks to all the lovely patient people here in Greece for letting us do all this murdering on their peaceful shores.”

The Looper filmmaker did not reveal the exact location of the shoot, but media reports have claimed filming will take place in Spetses, an island off the northeastern Peloponnese coast, and nearby Porto Heli, in the affluent area known as the Greek Riviera.