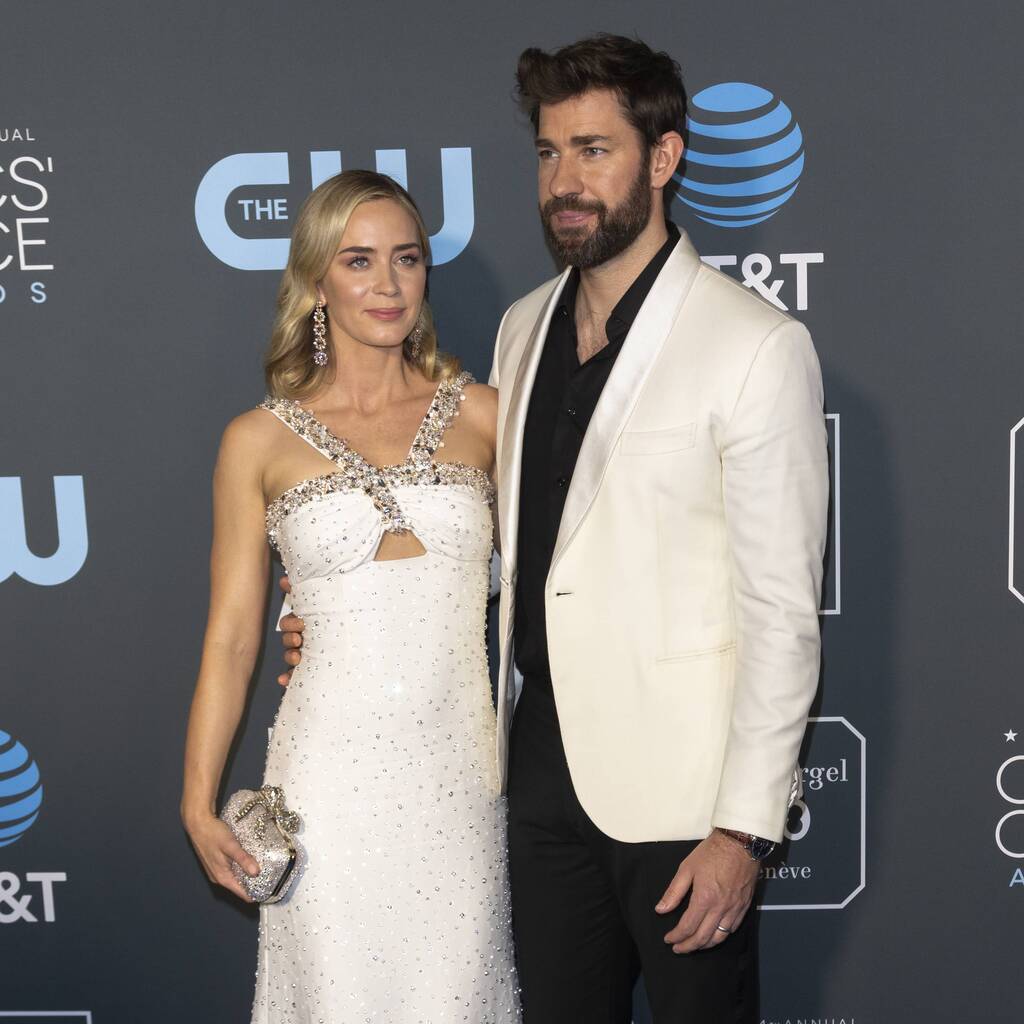 The married couple played husband and wife in the 2018 hit horror film, also directed by John, in which a family of four is forced to exist in near silence to escape the clutches of monsters with an acute sense of hearing.

Even though the movie scared up over $340 million (£240 million) in global earnings, Emily and John “dug” their heels in and refused to make a follow up, until they eventually realised they were being “too precious” about the original.

Now the pair is back in A Quiet Place Part II, one of the first releases of 2021 to debut in movie theatres only, and the Mary Poppins Returns star is so relieved they changed their minds.

“It’s funny because we never intended to do another one,” Emily tells pop star Kelly Clarkson on her U.S. daytime talk show, “and I feel we both… really… dug our heels in when they (studio executives) were like, ‘We’re going to do a sequel’. John always intended for it to be a stand alone movie with a slight open ending and it didn’t necessarily need to lead to something else.

“I think we were being really stupid to be honest. I think we were just like, ‘No, no,’ being too precious about it and then I think there was there this genuine demand for and investment in the family and what happens to them, and, ‘What the heck is she (her character) going to do with a newborn baby in this world?’

“John was pitched a bunch of (sequel) ideas and he was going to oversee the next one and then, all of a sudden, he goes, ‘Alright, I just have an idea,’ and he pitched me the opening.”

“I was in…,” she laughs, and she’s so glad she and her man came to their senses because she’s sure the new instalment is an “extraordinary sequel”.

“I think (John) really did the impossible,” she adds, “because it’s sort of a tall order to try and outdo the first one…, when the first one has had this sort of meteoric life that you have to try and match in some ways.

A Quiet Place Part II opens in U.S. theatres on 28 May and in cinemas in the U.K. and Ireland on 3 June. It is expected to debut on new streaming service Paramount+ in July (21).