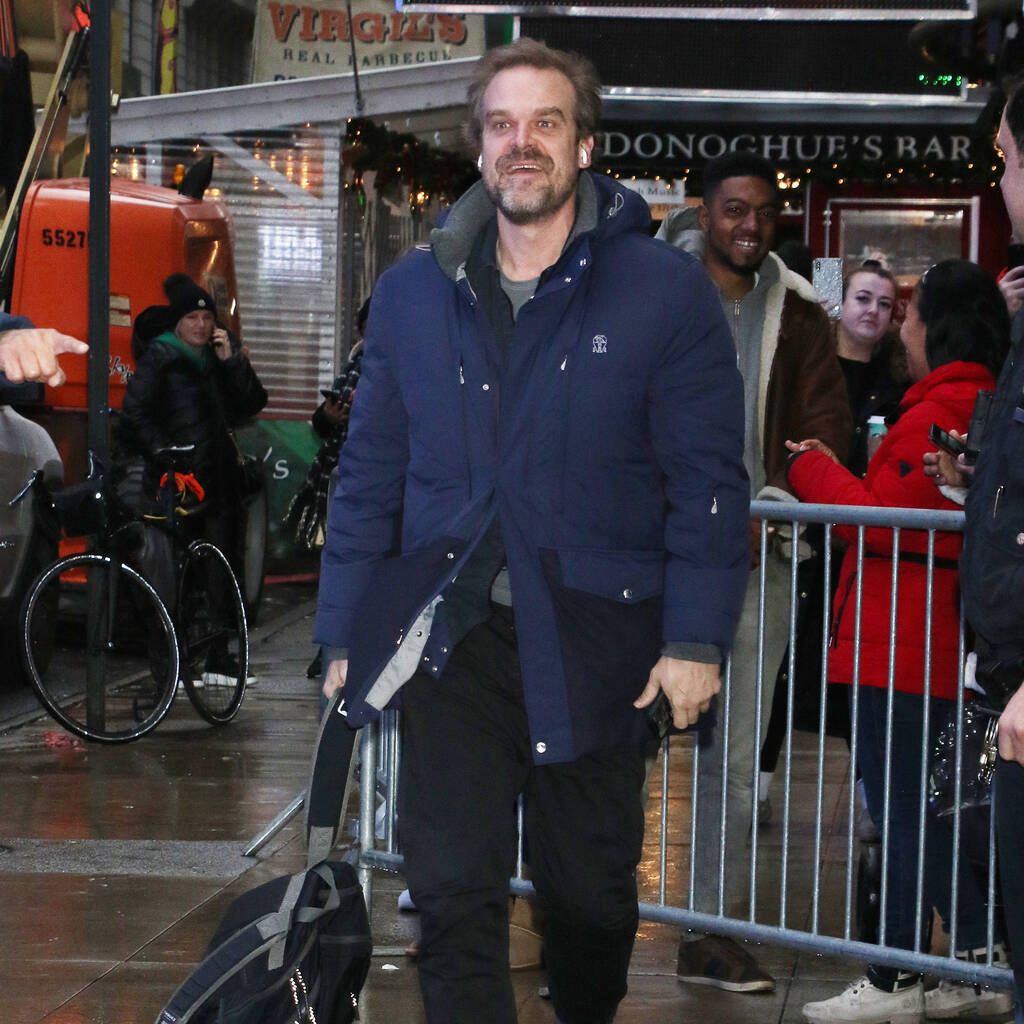 The Stranger Things actor plays Santa Claus, who fights mercenaries after they take a wealthy family hostage, in the new film.

David Harbour found the training for fight scenes in Violent Night to be “exhausting”.

Directed by Tommy Wirkola, the Christmas action-comedy stars the Stranger Things actor as Santa Claus, who fights mercenaries after they take a wealthy family hostage.

Harbour trained for a month before shooting the flick, learning a lot of wrestling moves, and in an interview for Collider, he confessed he has never been that tired in his life.

“We trained for about three or four hours a day, and then I would just go pass out and sleep like 16 hours and wake up in the morning and do it again. It was so exhausting,” he told the outlet. “And these guys are so skilled, and they also make you look so good because they’re doing the reactions. So, you’re just trying to keep up with their choreography. But they also were so sweet, they had endless energy and I was just exhausted.”

Despite the challenges of the fight sequences, Harbour admitted that he found the end result to be “very rewarding”.

In addition, the star discussed the many references to film classics in Violent Night, including the likes of Die Hard and Home Alone.

“I think there’s some, going back to that, looking back at how great that was, that we as audiences want, we want that (Steven) Spielberg flavour again, or we want that Die Hard flavour again. And so, I thought it was really fun in the script that they paid a lot of homage to the movies, and those movies are just spectacular movies. So yeah, we have a lot of Die Hard homage. We have a lot of Home Alone homage. But we have fun with it,” the 47-year-old smiled.