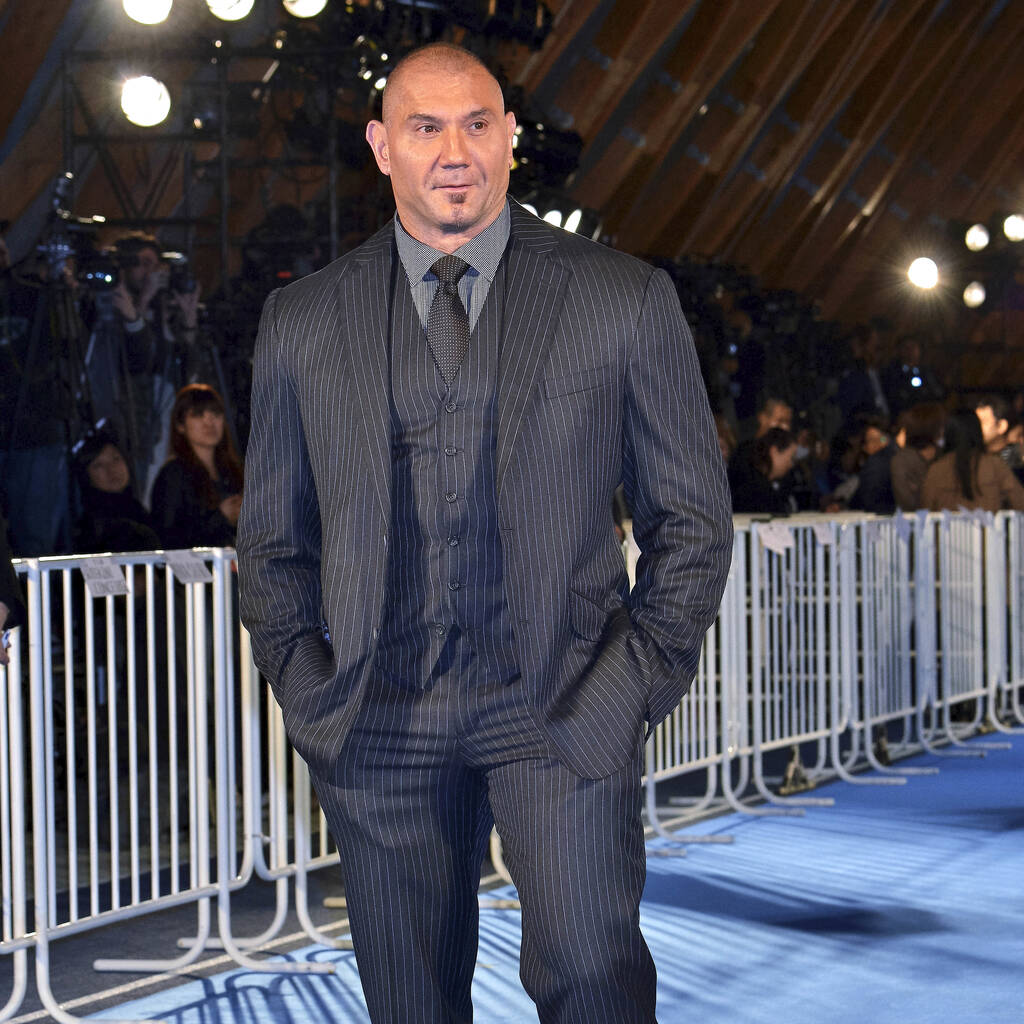 Dave Bautista said Marvel have leaned into the comedic side of Drax so much that “the Destroyer” aspect of his character has essentially disappeared.

Dave Bautista believes Marvel bosses “dropped the ball” with his Guardians of the Galaxy character Drax.

The former wrestler established himself as an actor when he was cast as Drax the Destroyer in 2014’s Guardians of the Galaxy, and he has reprised the role for the Guardians sequel as well as Avengers: Infinity War and Avengers: Endgame.

In an interview with Collider, Bautista admitted he wished Marvel had invested more time into the character and explored his backstory.

“I really wished they would have invested more in Drax, personally. Because I think Drax has more of a story to tell. I think Drax has a really interesting backstory which they dropped the ball on,” he shared. “That’s no dig on Marvel. They had their slate, I know what they’re focused on, that’s what they have slated out. But man, I think they really missed the ball on Drax. He has such a great backstory. Selfishly, as a performer, that would have given me the opportunity to show different sides of Drax, emotionally.”

He added that Marvel have leaned into the comedic side of Drax so much that “the Destroyer” aspect of his character has essentially disappeared.

“Drax, although he looks like a bada*s, you look at him and he looks terrifying, but Drax gets his a*s kicked more than any other Marvel character,” he said. “The whole ‘Destroyer’ thing they just threw that out the window… people just fell so in love with the comedic side of Drax they tapped into that, then they tapped into it more, then they really dug a hole into it. But we missed a huge boat on that character and I don’t think it’ll ever come back around. But I’m really just looking forward to finishing out this whole journey.”

Bautista is reprising the role for Thor: Love and Thunder, which is currently in production, and for Guardians of the Galaxy Vol. 3.

Speaking about the third Guardians, he added, “I’m really excited to wrap up this whole journey with these guys. I love them. I love the Guardians cast like family. They know it. I think everybody knows that I’m pretty vocal about it.”