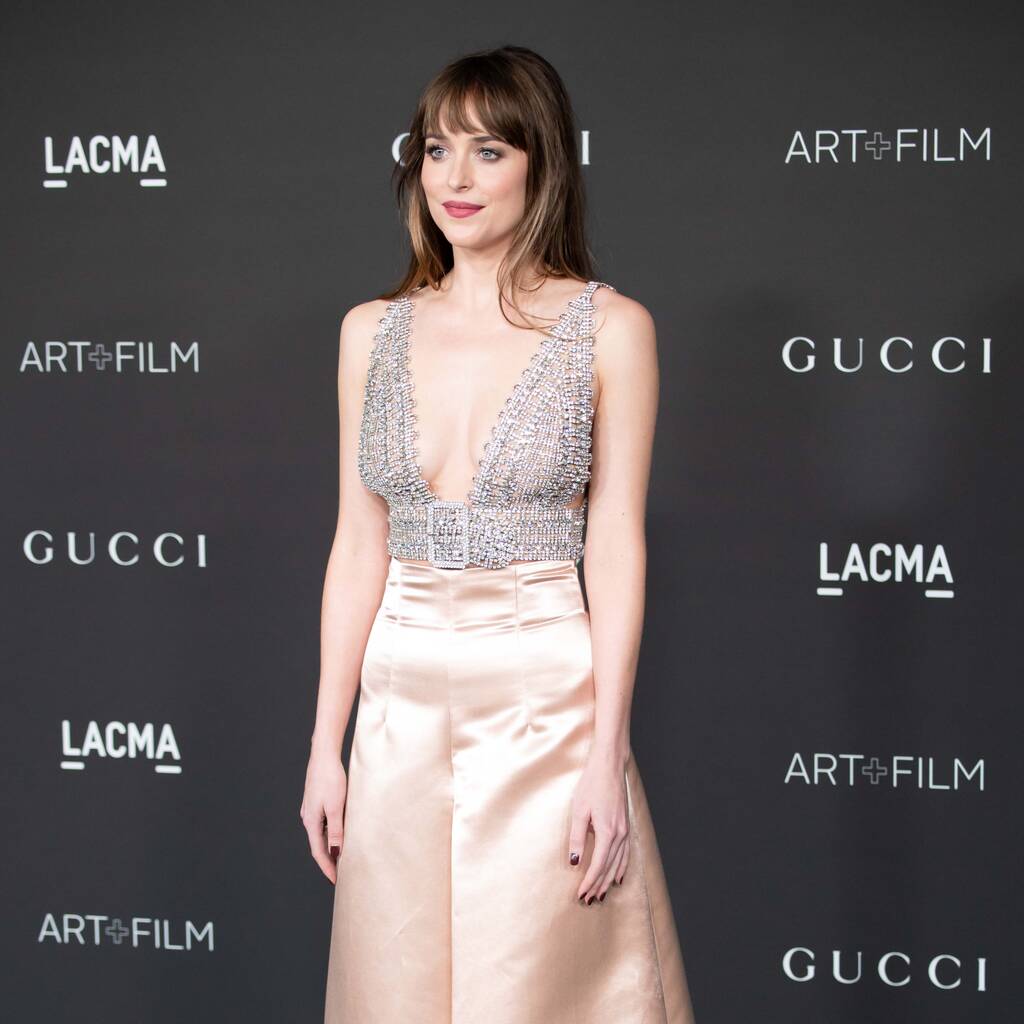 The Lost Daughter star recently sat down with Andrew Garfield for Vanity Fair to reminisce about the making of the 2010 movie.

Dakota Johnson has claimed Jesse Eisenberg “didn’t acknowledge” her on the set of 2010 film The Social Network.

In the David Fincher-directed movie, which delved into the creation of Facebook and resulting lawsuits, Eisenberg took on the role of Mark Zuckerberg, while Johnson had a small role as Amelia Ritter.

Reflecting on the shoot during a recent conversation with Andrew Garfield, who played Eduardo Saverin, for Vanity Fair, Johnson recalled Garfield being “really nice” to her, while “Jesse didn’t acknowledge me”.

The 38-year-old actor suggested Eisenberg’s behaviour may have been a result of playing Facebook founder Zuckerberg.

During the conversation, Johnson and Garfield also recalled bumping into each other on set, as they did not have any scenes together, and enjoying a chat one lunchtime.

“You and Jesse were so busy on that movie and I was obviously in for four seconds,” the 32-year-old actress smiled. “I remember having, sitting down with you guys when you were having lunch one day and you asked me loads of questions.”